There was a time when Heathrow would come to a standstill on a daily basis to watch and listen to a very special aircraft, almost as if someone had pressed the pause button on the frantic pace of life at the airport.

Since the retirement of Concorde, no other aircraft has attracted such interest, despite the subsequent introduction of technologically advanced types that can carry more people ever greater distances.

Those working in the NATS control tower at Heathrow had the best seats in the house, and were treated to the Concorde airshow every day. The process started with a call from the aircraft, always situated on Stand V14, to Clearance Delivery. A special clearance had to be obtained from our colleagues in the London Area Terminal Control Centre, which included details of the supersonic route to be followed across the Atlantic.

Unlike today’s modern and highly fuel efficient airliners, Concorde was quite a thirsty aircraft, so Ground Movement Control had to plan ahead to ensure that Concorde was incorporated into the complicated taxi system with minimum delay.

Concorde, call sign Speedbird One, presented the Departures Controller with another challenge due to its spectacular acceleration. Following the same Compton Standard Instrument Departure as its subsonic counterparts, Concorde could potentially catch preceding aircraft. Conversely, a 747 on the same route as Concorde could be launched immediately after, safe in the knowledge that it could never catch up.

The evening return of Concorde often meant an approach to one of Heathrow’s easterly runways. An enduring memory of Concorde is watching it go-around from Runway 09R due to the runway being occupied by another aircraft ahead. I remember watching the delta shape of Concorde racing skywards, silhouetted against the sunset. The memory of my colleagues’ faces in the tower as they paused to take in that spectacular sight has stayed with me.

British Airways Concorde operations ended in October 2003, and the final flight of the aircraft was from Heathrow to Filton on 26 November of that year. Technology has continued to advance rapidly since then, though in a way it still feels like a backwards step.

Mankind doesn’t often take backwards steps, and maybe another supersonic or even hypersonic aircraft will come along one day. Until it does, the world will remain a bigger place without Concorde. 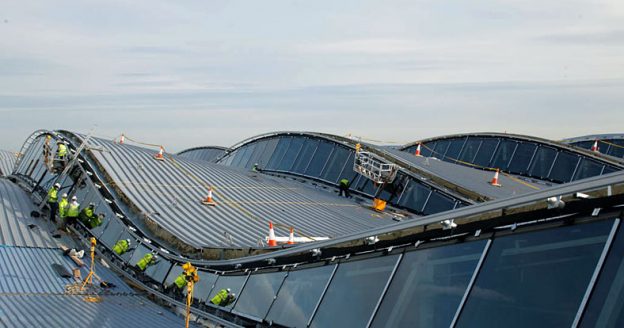 A chance visit led to a career in Air Traffic Control

I controlled the Concords on the other side of the pond as the coasted in over land fall. I recall a few tricky days when both the arrival and departure Concord were on the same route nose to nose.
We burned the coast more than once.