As one of the main London airports, Luton has a steady departing and arriving flow of commuter and holiday traffic as would be expected.

What is less well known is the scale of the business aviation operation at Luton – which accounts for almost 30 per cent of the total air traffic movements each year.

Gill Clark, the NATS Luton Air Traffic Control General Manager, tells us Luton is now the busiest business aviation airport in the country and one of the busiest in the world outside the United States.

“I would say we have approximately a 70-30 split in our traffic between the scheduled flights and the business aviation,” she said.

The top of the Tower

A view from the Tower

Tower on a blue sky day

A view from the Tower

Luton Tower from below

With a tower only operation – radar service comes from Terminal Control at Swanwick – the air traffic movements at Luton tend to come in waves.

“We have a lot of flights for low-cost carriers operating at Luton,” said Gill. “And that means the first wave of flights is usually at about 6am.

“That’s when the easyJets are generally heading out for the day, and we then have the WizzAir flights coming in.

“That means our view from the control tower goes from bright orange to pink until the WizzAir flights set off again.

“We then have a little bit of a rush at lunch time before the evening, at around 6pm, when it gets busy again.”

Gill is a career controller having joined NATS from university, working at Aberdeen where she became a deputy watch manager before moving to Gatwick and then Stansted as watch manager and Manager ATC.

After a spell at Heathrow House as manager Safety and Investigations she returned to tower operations as acting General Manager at London City before being promoted to the top job at Luton.

There are ambitious plans for the development of Luton Airport with proposals to remodel the terminal  and add taxiways and stands so they can boost passenger numbers to the 18 million mark and attract more airlines with a wider variety of routes.

And Gill said the NATS team is ready to meet the challenge and help the airport operator to achieve their goals.

“Working at Luton is great,” said Gill. “We have a small team which are very focussed on providing a safe service and the best possible operation we can for the operators of the airport and for the benefit of the travelling public.”

Hear Gill discuss the challenges and opportunities that managing the air traffic service at Luton Tower brings in our video below: 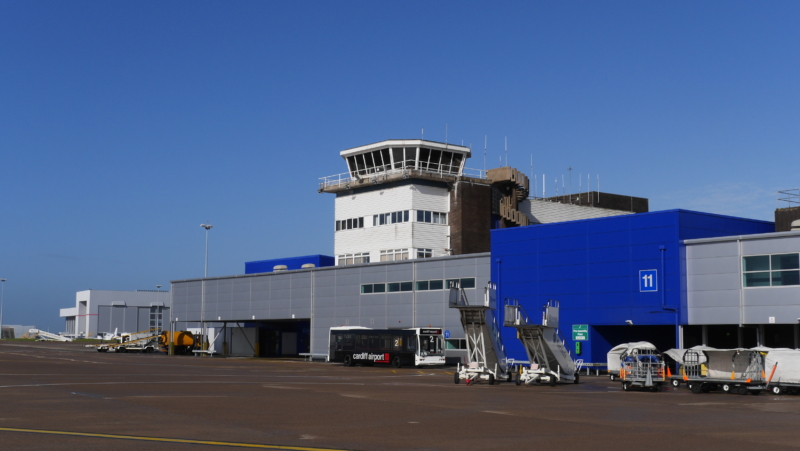 Some old photos there, back in the day when easyJet still operated with B737’s!

Good spot Nick. Yes I pulled in a few shots from our back library as I personally like them. Although the majority are from when we visited and made the film with Gill.

My son is interested in becoming an air traffic controller, and we recently spent an afternoon at the visually operated Elstree control tower. I wondered if it was ever possible to organise a visit to your control tower which is obviously a lot more sophisticated!
Thanks, Brian