A recent article in the Financial Times heralded a future of cheaper air fares thanks to ‘unprecedented’ new aircraft orders helping to drive down costs.

The appeal of quieter, less fuel thirsty aircraft is tempting legacy airlines to replace the aging elements of their fleets with modern alternatives, while others are looking for rapid expansion to meet expected demand. According to FT, the ‘full service’ airlines currently have 5168 aircraft on order, while the low cost carriers are awaiting delivery of some 3,582 new airframes.

Some of these will be replacements, but a good proportion will go on to swell what are already heavily congested skies in many parts of the world.

And herein lies the problem.

Today, the aviation industry faces the combined impacts of limited runway capacity, airspace congestion, a lack of weather resilience and outdated ATC processes that demand more fuel burn than otherwise could be achieved. In summary 99% of all air traffic management delay can be attributed to the above and the simple truth is that the fulfilment of these new aircraft orders will only make this worse.

Spiralling ground delays and gridlocked skies will wipe out the benefits of fuel efficient engines, slash an airline’s return on investment and will certainly not herald in a golden era of low cost fares.

That isn’t a particularly optimistic vision of the future, but it is the reality we face as an industry if we don’t embrace change, both in terms of how we work as ANSPs, but also how we work in collaboration with airports, airlines and aircraft manufacturers.

.What’s needed is a total rethink of traditional operational concept away from the idea of ‘gate to gate’ and towards what we are calling ‘Cruise to Cruise.’ Instead of disjointed bookends, it puts the airport operation at the centre, supported by a package of end to end ATM measures that can positively boost airline performance.

It is all about about delivering efficient airspace that serves resilient airports that operate to time while maximising runway capacity and value.

The idea might sound like simple semantics, but this change in mindset is already delivering tangible results. Airport Collaborative Decision Making helped Gatwick to declare a record breaking 55 movements per-hour, Time Based Separation is set to cut headwind delays in half at Heathrow, while Formula 1 technology is now helping us to optimise taxi and push back times.

This is on top of work we’re doing to trial new P-RNAV departure routes that help save fuel and the world’s first cross border arrivals management trial to cut Heathrow holding times.

None of these projects would be possible without a collaborative approach – collaboration with airlines, aircraft manufacturers, ANSPs, airports and regulators. It is the only way to secure sustainable growth, not just for those airlines taking delivery of shiny new aircraft, but for the entire industry.

This holistic approach directly connects runway operations with airspace management into the network, both on the day and in the future through more effective reporting and planning.

Cruise to Cruise connects existing data that is only nominally connected and transforms it into genuinely useful ATM information, removing the gaps from the value chain of ATM and in so doing benefiting all stakeholders: airlines, airports, ANSPs, local residents and the flying public.

Many, if not all, of the inefficiencies evident around the world in ATM service provision stem from a fragmented approach in how that service is provided.  The cruise to cruise approach recognises that efficiencies need to be addressed and unlocked across the whole service delivery chain and it is this theme of collaboration and efficiency that will certainly be the focus of debate at this week’s IATA conference. 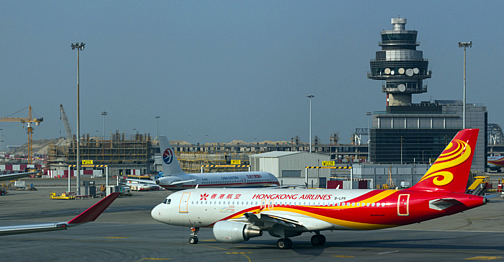 Single European Sky is “crucial” for all

Pity NATS is still lead by people who speak their own unique language. What on earth is meant by “removing the gaps from the value chain of ATM”? During my 38 year career in ATC I was all too often baffled by management speak such as this. Clear communication is essential but all too often lacking.

Given the regulatory price targets being set for the period between 2015 and 2019, we took the decision last year to talk to staff about voluntary redundancies and as a result, 250 people have chosen to leave the business over the next few years. These redundancies will help us to make the cost savings that we need to, while pursuing the kind of collaborative approach that I’ve outlined in my post will be absolutely vital in ensuring we maintain our well earned reputation for safety and service quality.

Richard is the former CEO of NATS.

A chartered engineer, Richard’s career started 25 years ago as an engineering apprentice at BAE Systems. He joined NATS as CEO in 2010 and left in June 2015.

A Fellow of the Royal Aeronautical Society, in his spare time Richard likes to fly gliders and has a passion for photography.

‘Flights of the Future’

A call to the European Commission and EU Member States