The future of the UK’s airspace

Last week the Secretary of State for Transport addressed an industry lunch, sitting in the audience I was proud when I heard him say ‘the teams that manage and operate the airspace system do a phenomenal job’.

And it was good to hear airspace at the heart of his speech; his support for the future development of our invisible infrastructure is very welcome.

I agree with the Secretary of State when he said ‘we have a mid-20th century airspace network which – while safe – is neither resilient nor efficient enough to meet our 21st century needs…’ As the custodian of UK airspace, we’ve been developing a number of innovative initiatives through the Future Airspace Strategy (FAS) to achieve the airspace network we need.

NATS is undertaking a re-design of the UK’s air route network. We are working to incorporate new technology that means aircraft will be able to follow routes with pin point accuracy, climb more quickly and descend later but it may require changes to flightpaths. We will need the Government to remain resolute in support for these changes, which will bring greatly reduced environmental impact in terms of both noise and CO2 emissions, and ultimately improving efficiency and capacity.

We have announced the deployment of Time Based Separation (TBS) at Heathrow, which we have accelerated to be operational in 2015. TBS will reduce the impact of high winds on aircraft – the single biggest cause of delays at the airport – separating aircraft by time instead of distance. You can read more about TBS here.

And we are collaborating across borders to manage arrivals by slowing aircraft in the cruise and descent phase, which reduces the need for aircraft to hold close to an airport; circling and burning extra fuel, generating more noise and carbon emissions. You can read more on arrivals management here.

FAS is the blueprint for our future airspace; the Civil Aviation Authority has a key role in ensuring the benefits are realised but from all parts of the aviation industry, from NATS to airlines and airports and from private flyers to the military, engagement is required.

We hope the Government supports FAS when it publishes its response to the Airports Commission Interim Report. 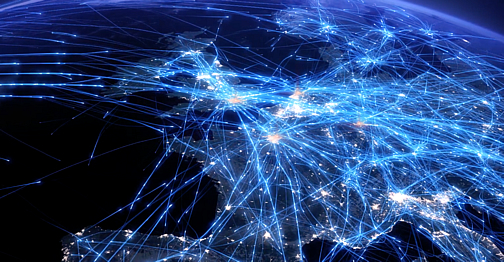 I would be interested in finding out, from the perspective of a non commercial general aviation user how these airspace changes are likely impact on my access to the skies… is there more detail about this ?

Richard is the former CEO of NATS.

A chartered engineer, Richard’s career started 25 years ago as an engineering apprentice at BAE Systems. He joined NATS as CEO in 2010 and left in June 2015.

A Fellow of the Royal Aeronautical Society, in his spare time Richard likes to fly gliders and has a passion for photography.

‘Flights of the Future’

A call to the European Commission and EU Member States