In February 2010, the Princess Royal and ten year old Sophie Lafferty, whose late father, Laurence, was a controller at the centre, formally opened the Prestwick Control Centre in Ayrshire.

Our £180m Centre has responsibility for the largest area of airspace in Europe, providing air traffic control services (ATC) to 1.1 million aircraft per year.

Over the past five years, the 700 NATS employees based at Prestwick, have collectively witnessed numerous milestones and achievements, ranging from the introduction of the Mode S tool in 2010 to the recent implementation of GAATS+, the world’s most advanced oceanic air traffic system.

Fully operational since the end of January 2010, making it one of the most modern centres in Europe, the ATC relationship with Ayrshire actually goes back some 70 years with the early centre operations, Redbrae, dating back to the 1940s.

You can read all about this colourful history and take a trip down memory lane with this amazing timeline of the Prestwick Control Centre that details the most significant milestones from 1939 to the present day and also includes some mesmerising photographs.

Helping to reduce your carbon footprint 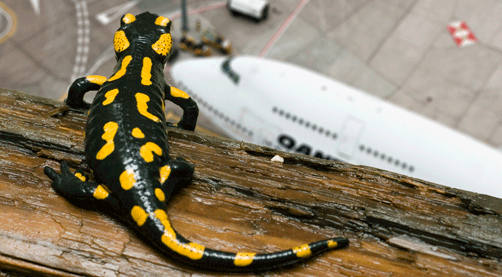 Regeneration – Doctor Who, Salamanders and ATC

Love the time line, however would have loved to have seen the Oceanic team design and delivery of Datalink clearances (Orca) more than 14 years ago, then the collaboration and introduction of datalink CPDLC 10+ years ago and then ADS-C position reporting 9 years ago.

Alastair Muir is Safety Director at NATS. He began his career in NATS as an engineer cadet and upon his graduation in 1987 started working at Prestwick Centre in engineering support.

Since then he has held a range of operational and managerial roles throughout NATS, most recently representing the company in Brussels as International Strategy Director then as Operations Director at Prestwick Centre.

Human versus Machine – is there a winner?

Regeneration – Doctor Who, Salamanders and ATC