GPS is widely used in the transport industry – most obviously by the sat-navs in our cars – but largely due to current levels of signal accuracy and integrity being too low, we’re yet to maximise its use in the aviation industry.

This is starting to change, however, with the ongoing development of the European Geostationary Navigation Overlay Service (EGNOS).

EGNOS is the European augmentation system for GPS which provides the required increases in signal accuracy and integrity to support Safety of Life (SoL) applications such as those used in aviation. On 7th May 2015, NATS took part in an event organised by the European GNSS Agency (GSA) as part of their drive to increase adoption of EGNOS within the aviation community.

The EGNOS project is a major collaboration between European ANSPs and industrial partners, started prior to the advent of the SESAR initiative. NATS has been instrumental in the design and delivery of the EGNOS system since its conception in the 90’s, collaborating closely with partners from across Europe in order to successfully design and implement the system. We continue to support the project by maintaining a major shareholding in the operating entity, the European Satellite Services Provider (ESSP).

The system consists of a network of 48 receiver stations (RIMS) strategically located around Europe and North Africa which provide received GPS data to four processing centres (MCC). The MCCs then correlate these disparate inputs and provide differential correction outputs that are re-transmitted from four dedicated ground sites (NLES). These signals are then made available in space by one of two Geo-stationary satellites and so enable adapted GPS receivers to benefit from the improved signal performance by adding the correction signals to their received GPS.

Although EGNOS is available to other users such as those within the road, rail and maritime sectors, the main focus remains on aviation users. Larger commercial and smaller business aircraft, as well as rotorcraft, are able to fix their position using EGNOS to less than a metre precision.

The greatest benefit is realised in the approach phase of flight which demands the highest level of precision. Here EGNOS enables an aircraft to perform an Approach with Vertical guidance, known as APV 1, which will soon be capable of achieving an ILS (Instrument Landing System) Cat 1 level of accuracy. This would mean that airport operators can implement this procedure as a direct back-up to their Cat 1 ILS operation or even in time, consider removing the ILS altogether in favour of the APV 1 approach – particularly at smaller airports.

This represents just one of the potential efficiency savings made possible via EGNOS. Its use will also enable the optimisation of approach procedures, improved environmental performance, better track-keeping (safety), enhanced back-up and contingency options and ground infrastructure rationalisation in areas such as ILS and VOR equipment.

The growing use of EGNOS will potentially benefit all aviation and ATM stakeholders from aircraft manufacturers and operators through to airport and en-route ANSPs around Europe. The support from major aircraft manufacturers Airbus and ATR, who both demonstrated their next generation of aircraft and rotorcraft at the event which have Satellite-based augmentation systems (SBAS) capability built into the avionics as standard, shows how the industry is preparing for its wider adoption; it’s another tool that will help improve the overall efficiency of ATM across Europe.

Further awareness events and funding calls are planned by the GSA in the near future to continue to raise awareness of the benefits of EGNOS. 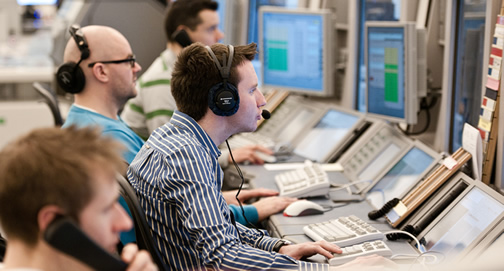 The importance of aeronautical messaging in aviation 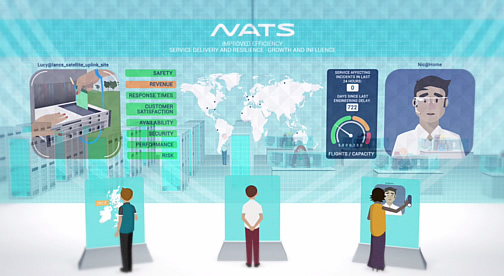 I joined NATS as a Direct Entry Graduate (DEG) in 2000 and have been involved in a number of major projects during my time here including overseeing the installation of EGNOS equipment at NATS and, more recently, delivering the replacement DVOR En-Route infrastructure. I currently have responsibility for Satellite Navigation and Performance-Based Navigation (PBN) aspects within the Navigation Services team.

How satellites can improve communication between controllers and pilots