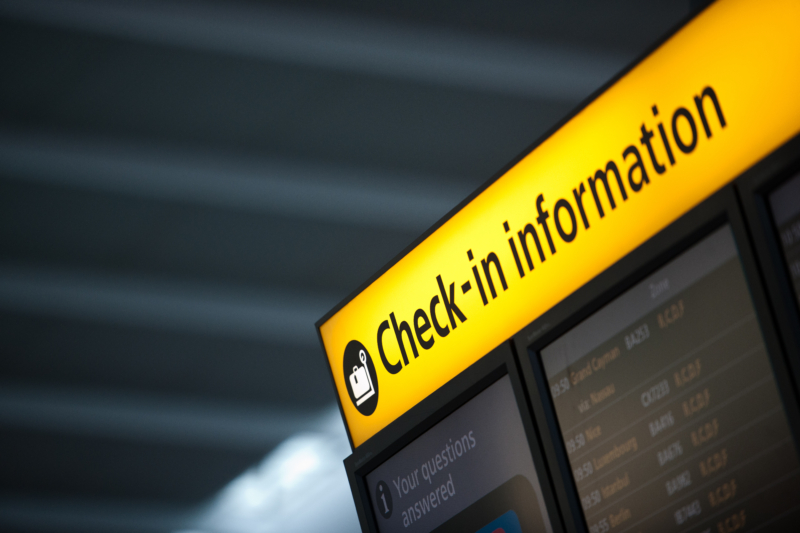 Each year NATS produces UK flight forecasts in order to ensure we can efficiently manage the flights our customers wish to fly. Starting with an estimation of the passenger demand for air travel, we convert that demand into flights using assumptions on load factors, aircraft size and airport capacity constraints.

Demand for air travel is driven by various factors, with economic growth affecting propensity to travel being the most important. And we look at things like changes in tax, the UK’s Air Passenger Duty (APD) for example, which make it more or less affordable for people to travel.

Introduced in 1994, APD paid by passengers flying from UK airports, with a £5 rate for the flights to Europe and £10 for the rest of the World. Since then there have been numerous changes which we have had to factor into our forecasts – the introduction of bands based on distance, class of travel and aircraft type as well as increases to the value of duty itself.

The aviation community has long argued that having the highest flight tax in the world makes the UK less competitive than our European counterparts. At NATS, we have always been clear that what damages our customers, also damages us. A 2013  [1]PricewaterhouseCoooper study claimed that scrapping APD could not only pay for itself, but may add an immediate boost to UK GDP of 0.45% in the first 12 months, averaging at 0.3% for the following years through a boost in exports and tourism.

As a result the 2014 UK Budget reformed APD. The 4-band tax structure was replaced with a simpler 2-band structure based on distance flown – either below or above 2,000 miles – and class of ticket – either Economy or Business. Most passengers will save on the taxable element of their ticket with a family of four travelling Economy from the UK to the Caribbean, for instance, set to save £56. Additionally, from 1 May 2015 children under the age of 12 are exempt from paying, with a further extension planned next year to include children under 16.

Cheaper ticket prices are expected to contribute in driving passenger demand, and our modelling suggests that the 2015 APD reform is likely to attract an additional 70,000 passengers per yearwhich will benefit the UK economy.

We are likely to see further changes in demand as a result of APD reform. In 2014, the Smith Commission, set up by the Government to look at further powers for Scotland, recommended that APD be devolved.  The Scottish Government has been clear that they would initially cut APD by 50%, then abolish it. Scrapping APD for flights departing from Scotland’s three main airports – Edinburgh, Glasgow and Aberdeen – could mean an Economy ticket being up to £71 cheaper and a Business ticket up to £142 cheaper, attracting as many as 2m more passengers per annum.  That looks like good news for the Scottish economy!

You’ve got to be kidding !
The UK consumers have the best and most competitive airfares available to them of any traveller in the western world. APD has no negative effect on people travelling from the UK (if anything its the scaremongering by the industry that might put people off rather than anything else.)

How can an organisation, with a majority government ownership, recommend the removal of a duty which is the only realistic tax contribution that the incredibly lightly taxed aviation industry pays. No fuel tax, no VAT and favourable import duties plus tax free privileges on profits for clever accounting and NATS wants to see it given even more bonuses !

Your statement is a disgrace.

Show some professionalism and get on with the task you’re meant to do – managing the safe passage of aircraft through the skies.

I am astonished and apalled!

Air transport is the most polluting commercial transport mode, and causes more than double the climate change emissions than altrnatives.

As you will be aware, if air transport expands then other sources of emissions would have to be restricted – so you are effectively saying: “Remove APD and stop people heating their homes”.

Taxation exists to provide benefits to society – schools and health services, for example.

Is there any reason why air travellers should be exempt from making such a small contribution?

Furthermore expanding air transport damages the UK economy: far more people fly out of the UK than fly in, so we spend far more abroad than visitors spend here.

So restraining air transport would benefit the economy, reduce global climate change – and make NATS job easier, without having to make those airspace changes which so annoy those pesky people on the ground!

Thank you both for taking the time to comment.

Predicting demand for our services is absolutely key to ensuring we have the capacity to manage the routes our customers want to fly safely and efficiently.

In order to forecast the likely evolution of air traffic in UK skies we have to take into account a whole range of different factors that might affect passenger demand. Changes to APD is just one of them.

We are not campaigning for the removal of APD, but pointing to the fact that it does affect demand. We also study the factors that may decrease demand, such as the EU Emissions Trading System aimed at reducing airline CO2 emissions for example, and so the impact of changes to tax shouldn’t be viewed in isolation.

In her current role Oksana specialises in capacity and network analysis along with supporting production of UK flight and service unit forecast.