There’s been much discussion in Brussels over the last few months about how to improve the competitiveness of Europe’s aviation industry, as part of the ongoing discussions about the forthcoming Aviation Package.

The latest development has seen the CEOs of 5 of Europe’s largest airlines – Air France-KLM, easyJet, International Airlines Group, Lufthansa and Ryanair – coming together to lobby the Commission for certain reforms.

One of the calls made by the CEOs was for the Commission to address the slow pace on delivering the Single European Sky. We’d accept that reform in the industry is often slower than it should be and slower than we would like. We know our customers want to see a Single European Sky realised as soon as possible and we’re supportive of what it’s trying to deliver.

There isn’t a silver bullet to make SES a reality but we do think there are a few practical steps that the European Commission could introduce via its aviation package to ensure ATM helps improve the competitiveness of Europe’s aviation industry:

1. Focus on output-oriented and performance-based regulation.

We are supportive of the performance-based principles of the Single European Sky, with targets to deliver efficient and effective ATM through national performance plans.

However, our experience is that prescriptive Implementing Rules are created in addition to Performance Based Rules rather than being replaced by them. This can stifle innovation and incentivise a focus solely on regulatory compliance over and above performance improvements.

In Europe we currently have over 40 different regulatory agencies, all interpreting regulations differently and imposing different standards on their local service delivery model.

We need to learn from the wider aviation industry, for example in the airline industry where the certification of a carrier in one EU State validates its safety to fly across all EU Member States.

Applying this same notion to ATM would reduce duplication, open up opportunities for re-use of products or services across Europe and drive efficiencies.

There are a significant number of providers of terminal air navigation services across Europe, which compete on both price and quality internationally as well as in Europe where possible to do so.

If allowed to, consumers of these services in Europe could exercise more choice over who provides the service to them. With thousands of airports in Europe, there would be room for a large number of service providers, all competing to offer the best solution for an individual airport’s needs.

Where European markets have been opened for the provision of airport tower services such as in Germany, Spain, Sweden and the UK evidence suggests that efficiency and service can be improved without detriment to performance or safety.

Creating an open and competitive market for Terminal Air Navigation Services across and within Europe, without prejudicial bias or inappropriate barriers, would help deliver the objectives of the Single European Sky (SES).

These won’t transform European ATM overnight but combined, we think adopting these approaches could make a significant contribution to delivering the objectives of the Single European Sky and improving the competitiveness of Europe’s aviation industry.

The journey to Free Route Airspace 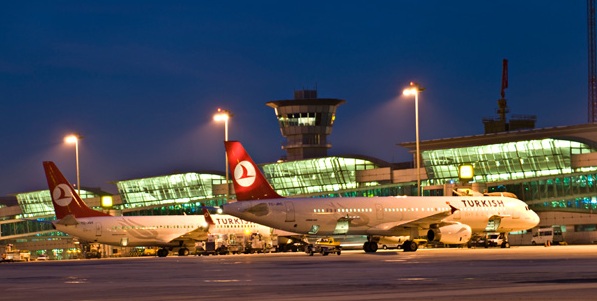 Jonathan Astill is the Director of International & Customer Affairs for NATS, the UK’s leading Air Navigation Services Provider. He has been with the company for over 25 years, spending the first 10 years of his career as an operational Air Traffic Controller. Since 1999 he has held a variety of technical, change management and operational management roles. Immediately prior to taking on his current role he was the General Manager for the London Area Control Centre having accountability for operational efficiency and the safety of the unit.

Jonathan is now responsible for NATS’ global engagement across the aviation industry to develop the regulatory, political and business landscape in support of NATS’ overall objectives and strategic aims. This includes building strong relationships with our airline customers as well as developing cross industry alliances and collaborations targeted at delivering significant benefits to NATS, our customers and partners.

ATCA: An American perspective on ATC