SESAR: Pushing the boundaries of innovation

This week Violeta Bulc, European Commissioner for Transport, got a chance to see first-hand the tangible and positive changes that the SESAR Joint Undertaking and members like NATs are bringing to European air traffic management, aviation and the overall air transport system.

As keynote speaker at this week’s Aerodays conference in London, the Commissioner fittingly chose to travel to the UK capital aboard a British Airways flight and witness a number of SESAR Solutions in action.

During the 45-minute trip to London, Commissioner Bulc saw the challenges currently facing ATM actors – such as the crew handling the 13 different frequency changes gate-to-gate.  This challenge clearly demonstrates the need for enhanced automation through data communications. She also saw the NATS implementation of Time-Based Separation (TBS), a SESAR Solution which allows London Heathrow, the busiest dual-runway airport in Europe, to sustain its high capacity during strong winds.

On landing at London Heathrow, the Commissioner visited the initial SESAR Airport Operations Centre (APOC) observing the efficiencies gained through having representatives from key airports stakeholders under the same roof.  A visit to the Heathrow Tower also allowed for an introduction to the NATS’ application of SESAR Solutions Extended Arrival Manager (E-AMAN) and Performance Based Navigation (PBN) for congested airports and complex airspace, such as the London terminal area.

Innovative breakthroughs like these and their early implementation are setting in motion an evolution towards a modernised ATM system.  Preparations are now underway by the SESAR Deployment Manager to take our first set of SESAR Solutions and deploy them across Europe by 2024, which will bring us shorter flight times, increased predictability on arrivals and departures, fewer cancellations and delays, and a reduction in CO2 emissions in spite of increased traffic. Of course, let’s not forget that it will also bring economic growth and employment, and, last but not least, maintain Europe’s global leadership in air transport and aviation.

We believe that with partners like NATS, British Airways and London Heathrow in our SESAR partnership, we have what it takes to push the boundaries of innovation. In this respect, we will continue SESAR R&D in the coming years with SESAR 2020, focussing on areas of the ATM value chain where the greatest performance gains can be achieved. These areas address the need to better integrate airports into ATM, advanced air traffic services, optimised network services and infrastructure enablers. The focus of this work will be on delivering solutions that are cutting edge and increasing the performance of Europe’s ATM system, all of which is critically important for the sustainability of aviation and air transport, and for driving European competitiveness, mobility and employment.

At the Aerodays conference this week in London, SESAR is showcasing its success stories in a number of critical areas, such as enabling greener aviation, increasing connectivity and mobility, advancing the digitalisation and virtualisation of ATM, and ensuring the safe integration of new types of aircraft, such as unmanned aircraft. These are just some of the elements included in the vision for the future ATM system, which are currently being captured in the latest edition of the European ATM Master Plan, the roadmap for ATM modernisation in Europe between now and 2035.).

Find out more about our work by visiting us in the QEII conference centre at Booth 3-09 or visiting the SESAR website www.sesarju.eu. 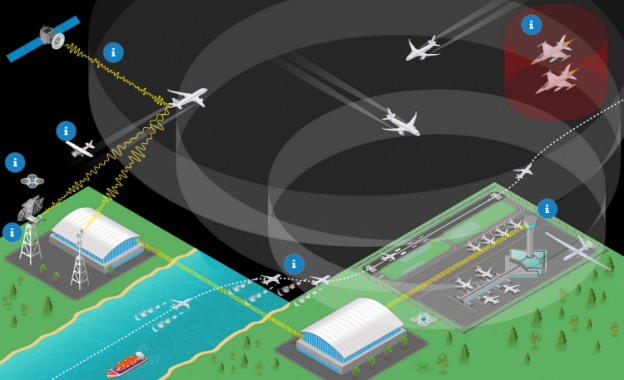 Building a shared picture for Tower and Approach

Florian Guillermet is an engineering graduate from École Polytechnique and the Civil Aviation Engineering School in France and holds a Master’s degree in aeronautics and airport management.

Florian has been working in the field of civil aviation for 15 years, starting in the flight planning department of Air France before going on to the French Air Navigation Service Provider (DSNA), where he held several managerial positions. He then joined the European Central Flow Management Unit at Eurocontrol, where he contributed to a range of operational and IT projects. His experience ranges from ATM systems definition and implementation, to network operations management.