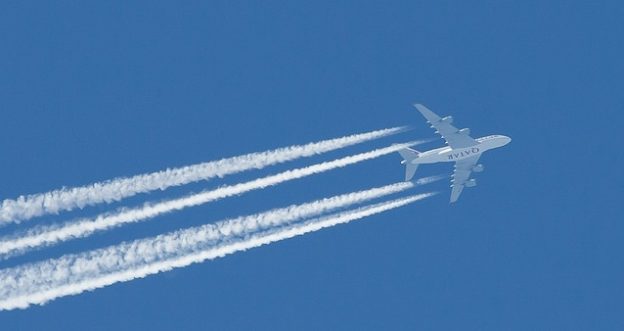 Some readers of the general media coverage of this year’s Dubai Airshow will have come to the conclusion that the astonishing regional growth in aviation is slowing, if not yet coming to a hard stop.

Notable by their absence this year were the huge orders of widebody airliners by GCC national flag carriers that have come to symbolise recent Dubai Airshow events. Commercial aircraft orders are significantly down from the $206 billion announced in 2013.

Beneath the glitz, the Dubai Airshow is usually a good indicator for the broader health of the GCC economy. Aviation is the engine room that keeps the regional economy booming, facilitating cross-border trade, labour flows and attracting tourism. Regionally, the industry supports two million jobs and $116 billion in GDP. Do the relatively low-key news announcements therefore send up a worrying signal about the state of GCC economies?

The short answer is no, or at least not in the short term. In fact, with more than 11,000 exhibitors and 65,000 trade visitors, Dubai Airshow was actually bigger than it was in 2013. The sector is still booming and the sheer diversity of visitors coming from around the world illustrates just how central a hub the region has become for global transportation.

A380 Emirates A6-EDC by Quentin Douchet . Licensed under CC BY-SA 3.0 via Wikimedia Commons

But it does highlight that a critical issue is now coming to a head: airspace availability. Sir Tim Clark, President of Emirates, indicated that the airline could have purchased a further 100 A380s this year, were it not for constraints in airspace. In effect, congestion in the skies above the GCC has reached a stage where there is little space left for further aviation growth in the region.

Drivers on Dubai’s roads will be more than familiar with traffic congestion. Airspace management works on similar principles, with invisible roads criss-crossing the region. As congestion in the skies increases, flight times increase and fuel costs surge for airlines, leading to longer, more expensive travel for passengers.

Although the lack of big orders at the Dubai Airshow isn’t – this time around – a particularly good indicator of regional economic health, the airspace capacity crunch that is now beginning to make itself felt will, over the long term, begin to have an impact. A report earlier this year, produced by Oxford Economics and commissioned by NATS, showed that unless changes are implemented in airspace management, the region can expect a $16.3 billion loss of economic growth.

What Oxford Economics report didn’t account for, of course, was the economic loss that not buying the additional 100 A380s represents. Those 100 A380s would have put Emirates in an unassailable position in global long haul travel. If the report had accounted for that economic loss, the $16.3 billion figure would undoubtedly have been much higher.

One area of focus on is that of the military, considering half of the airspace in the GCC is given over exclusively to military use. To illustrate the point with another comparison to road usage: if half the lanes in the GCC were dedicated solely to emergency services, the knock on effects on the economy would be catastrophic as commercial traffic ground to a permanent halt (even if they guaranteed a high speed emergency response).

In the Middle East, in particular, the importance of world-class national security is paramount. But the conversation over airspace management shouldn’t descend into a simple ‘national security vs. economic development’ argument. Both are mutually interdependent and both need to be managed holistically. Increasingly, the power of technology is transforming airspace management, enabling governments to respond rapidly to events and prioritise services in real time.

Ultimately, greater collaboration and cooperation between civil and military authorities is a key solution if GCC countries want to facilitate economic development at the same time as ensuring national security. 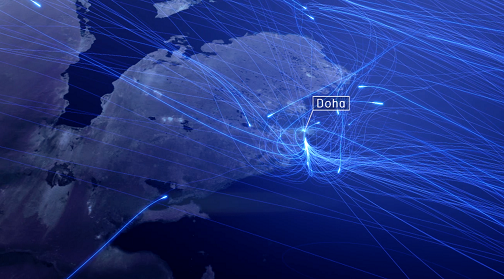 [Video] Challenges and opportunities for the Gulf

John started his career with NATS in 1988, working as an Air Traffic Controller at Belfast before becoming a Watch Manager at Aberdeen.

In 2001 he joined Serco at Dubai International Airport as a Controller before becoming Unit Standards Officer then Manager Air Traffic Control. As Director Aviation Strategy he oversaw NATS activities in the UK, US and Middle East and led the team shaping a European ANSP privatisation opportunity, before joining Serco Integrated Transport as Managing Director of the National Traffic Control Centre with responsibility for England’s motorway and trunk road network

Rejoining NATS as International Business Director in 2009 he led the Aviation Data, Training and Client Relationship teams in growing NATS’ business throughout Europe, the Middle East and Asia.

Subsequently as NATS Transport Solutions Director, John was also responsible for NATS Services Consultancy and MoD business, and was tasked with extending NATS’ reach both in the UK and the international transportation market.