One of the questions we’re being increasingly asked by our followers on social media is why some long haul flights appear to be taking indirect routes to their destinations.

The prevalence of flight tracking apps like Planefinder and FlightRadar24 (and our own Airspace Explorer app currently in development…) means people can now easily track flights all over the world and it can certainly seem counter-intuitive when a flight from the US to mainland Europe arcs north before entering UK airspace and onto its destination.

Airlines certainly aren’t in the business of taking routes any longer than they need to – that costs time and money – and as passengers I think we all want to get to our destination as quickly as we can, so what’s going on here?

The thing to remember with these apps, and with maps in general for that matter, is that what you’re seeing is a two dimensional representation of a spherical object. Grab a globe and you’ll soon realise that what can seem like a strange route on a flight tracking app is in fact both perfectly logical and near enough the shortest possible distance.

These ‘Great Circle’ routes are probably best illustrated from a UK perspective by looking at what are known as the North Atlantic Tracks. Given there is no radar coverage over the Atlantic, aircraft generally fly along one of five tracks while reporting their position to air traffic control either via High Frequency radio or satellite based data link.

The tracks are set each day by the NATS team at Prestwick Centre and our counterparts in Canada based on the location of the jet stream and the amount of traffic that’s expected. You can see from the video that while they appear to bend northwards, they are in fact the most direct possible route over the ocean.

It is a sheer fluke of geography that the UK is where it is, and as such we act as a transatlantic gateway for aircraft going onto Europe or the Middle East from North America.

So if you’ve ever wondered why your flight to Las Vegas seems to be taking a detour to Greenland, remember you really are flying the shortest possible route. 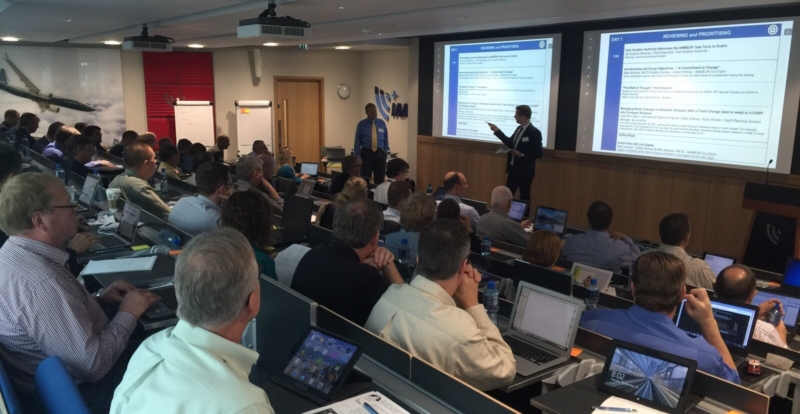 I believe that airlines do not really fly the shortest route, especially for NAT flights. The flight path is driven, among others, by the wind forces and the airspace charges. It is true that some airlines avoid specific airspaces because the charges are high.

Thanks for all the noise and pollution
North Ascot was never effected by low flying aircraft
More asthma for our Children
Answer that one!
And technology is suppose to to benefit enhancing not for the share holders
And Mr M Rolfe!,,,,,