Why GA pilots should talk to ATC

Most of our Scottish Information customers operate in Class G (uncontrolled) airspace where the pilot decides whether or not to speak with ATC (air traffic control).

Many private pilots go flying to get away from the stress and strains of modern life and that may well include not having to talk to anyone while they’re in the cockpit. But there are real benefits from talking to ATC and making FISOs (Flight Information Service Office) aware of your intentions. The service is free – and one day it might just save your life.

At the Scottish Area Control Centre in the NATS control centre in Prestwick there is a group of FISOs such as myself who provide a “Basic Service” to aircraft who call Scottish Information on 119.875mhz (the area of responsibility can be found in the UK Air Pilot ENR_6_2_0_2_ ).

The Basic Service enables the Scottish Information team to update flights with NOTAM information pertinent to their flight. This may include unusual airspace activity, danger area activity and weather affecting the route of the flight or the destination as the FISO team can check the rainfall radar.

At all times whilst receiving a Basic Service the avoidance of other traffic is solely the pilot’s responsibility. Pilots should not expect traffic information although, as FISOs have a duty of care we will advise of other known traffic that may be on frequency and in conflict, based on the information that each aircraft has passed.

We also provide help in aircraft emergencies. Given the majority of our customers are low time pilots still building up their experience flying single engine aircraft close to the ground – when things go wrong they generally go wrong quickly with little time or height to rectify any problem.

Also, Scotland is a beautiful country but it has some pretty in-hospitable terrain to fly over! When the engine coughs and splutters or the pilot becomes uncertain of their position, this is not the time to be looking for a frequency to tell someone. If you are already in contact with Scottish Information, a quick Pan or Mayday call is all that’s required to receive assistance.

I remember a situation where three light aircraft, taking part in the Round Britain Rally, had to divert from their planned route in order to remain VFR (Visual Flight Rules) due to deteriorating weather. The only clear route went through an active military Danger Area. A phone call to the Danger Area had all three gunnery ranges stop their firing until the aircraft had safely passed through. But that wasn’t the end of the drama. In an attempt to remain VFR, the rapidly deteriorating weather was forcing the aircraft lower and lower. We phoned  various airfields in an attempt to find somewhere where the weather would allow a safe landing. With the co-operation of Swanwick Distress and Diversion cell this was achieved. A few weeks later we received a letter of thanks quoting “your professional help was very much appreciated” from the pilots involved. In that situation we clearly made a difference.

NATS works hard to prevent airspace infringements and the FISOs at Scottish Information have a FID (Flight Information Display) which is basically a radar displaying all transponding aircraft operating within Scottish airspace. It is primarily an aid to help prevent airspace infringements. The FISOs are not allowed to use the device to pass traffic information onto other aircraft or to give direct instructions to avoid airspace infringements. However, it does give the FISO situational awareness of the transponding aircraft talking to them. Should the FISO consider that an aircraft may possibly infringe controlled airspace the FISO will take action by co-ordinating with the controlling authority of the airspace and subsequently transfer the aircraft to that agency in an attempt to avoid an infringement.

Hopefully the next time you fly over Scotland you will consider calling Scottish Information on 119.875mhz. South of the border, our fellow FISO colleagues at London Information can provide the same service on their designated frequencies. We look forward to talking to you!

Further information from my London Information Service (FISO) colleagues will follow in the future. 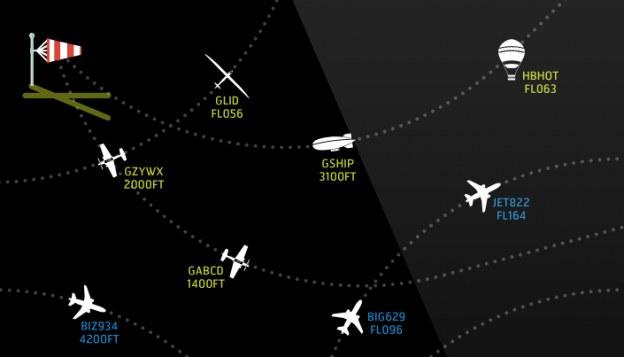 Thanks for this Paul. I always find these posts about Scottish information very interesting. The comment about “majority of our customers are low time pilots still building up their experience” brought it home to me that we are all pretty similar really. I for one will make the effort to use SI more often. What about us poor folk who don’t have transponders. How much hassle does that cause you?

Hi Paul. Do you FISO’s get any training on how to handle an unusual situation or an emergency after qualifying?
Thanks

Hi Andy, thanks for your comments. I always think that the more pilots that choose to use our services the better the service we can provide. As far as non-transponder aircraft are concerned it makes no difference to the “Basic Service” we can provide. Once you have called us and advised of your intentions, we can then advise other traffic of your proximity if you are deemed to be a factor. The transponder of course is a great benefit in showing radar based units where you are and is also beneficial for TCAS equipped aircraft in giving some degree of anti-collision information.

Hi Nigel, yes all our FISOs carry out an annual TRUCE (Training in Unusual Circumstances and Emergencies) where we spend a day in our ATC simulator practicing any emergency that we think we may encounter from our GA customers. Recent training was simulating aircraft lost, speechless aircraft, non-IMC rated pilot entering cloud and aircraft equipment failures. We also liaise closely with local flying clubs to understand the problems that private pilots may encounter.

Paul Aspin is a FISO (Flight Information Service Officer) at the Scottish Area Control Centre in Prestwick. He has been working in air traffic control (ATC) for over 40 years, starting his career with the Royal Air Force as an ATC assistant.

In 1978 Paul joined the CAA, and then NATS, as an ATC assistant, where he worked in the Oceanic Control Centre Prestwick as a Clearance Delivery Officer before becoming one of the first FISOs to be employed within NATS, working at Scottish Information.

Paul is an LCE (Local Competency Examiner) and has been involved with running FISO courses for new students in Scotland. He also spends time visiting flying clubs and hosting flying club visits, when they visit the Prestwick Centre, in order to promote the services NATS can provide to General Aviation (GA) customers.

His hobbies outside of work include DIY and sailing.