We’ve covered the topic of drone safety a lot on the blog over the past months.

There are a lot of resources out there to help drone pilots to stay safe and on the right side of the law, but with the huge growth in drone flying it’s still a concern that the number of incidents is on the rise.

Back in 2011 we might have expected to see one or two reported incidents each month, but that figure was 22 in March this year alone. Similarly, the UK Airprox board is seemingly reporting on at least one very serious ‘category A’ event every month.

The chart below shows that most drone reports made by pilots to NATS are at or below Flight Level 50 (or around 5,000ft), which is bad enough when you consider nothing should be flown above 400ft and beyond line of sight, but it is quite extraordinary that some have been reported as high at 20,000ft or even 35,000ft.

Of course there’s no guarantee that all these reports were definitely drones – cases of mistaken identity do happen – but from an air traffic control perspective that’s irrelevant. If a pilot reports seeing a drone to ATC, or anything in the airspace that we’re not expecting, we have to assume it is a real and potential safety threat and act accordingly.

Currently, that involves informing all the pilots in the vicinity of the potential drone activity who may then need to change course to avoid the area for a period of time, usually around 20 minutes. If a suspected drone is spotted on final approach, as happened at Heathrow and Manchester, the knock on effect is felt by tens of aircraft and thousands of passengers. Just a 10 minute delay at a busy airport can take a whole day to recover, while a 30 minute runway closure might cost anything upwards of £1 million.

Most drone reports are made around major airports

So how do we respond to the challenge? Fundamentally, the introduction of drones should not make travelling by air any less safe, but equally we need to be careful not to overly restrict the growth of what is an exciting new part of the industry.

I believe what’s needed is the right mix of regulation, education and improved technology.

I certainly don’t think that simply introducing more regulation is the answer. We already have rules in place for drone flying but the fact that incident numbers are continuing to rise tells us that the message isn’t reaching the right people, or that it’s not being understood. Training courses like the one offered by NATS are great for anyone wanting to fly drones professionally, but events like the Drone Show at the Farnborough Airshow are also a great way to meet and talk to amateur drone pilots. I’ll be there this weekend, so stop by if you want to ask any questions.

On the technology side, one of the top priorities has to be detection– both cooperatively and non-cooperatively. Currently, small drones cannot be seen by NATS radars so if the drone itself was able to transmit its own location it would be a major advantage. NATS is involved in some exciting work to look at electronic visibility, the details of which I hope we’ll be able to share with you later in the year. The idea of geo-fencing to ensure drones can’t fly in places that they shouldn’t has also often been talked about. It’s a great idea but of course there is no guarantee that the system would always work effectively, which is why education remains so important.

The only solution therefore is to pursue a combination of all these things in unison and that’s exactly what we’re doing in partnership with the rest of the industry. It is my hope and expectation that if we do, drones will take their place as an integral part of our skies and our lives.

In the meantime, safe flying. 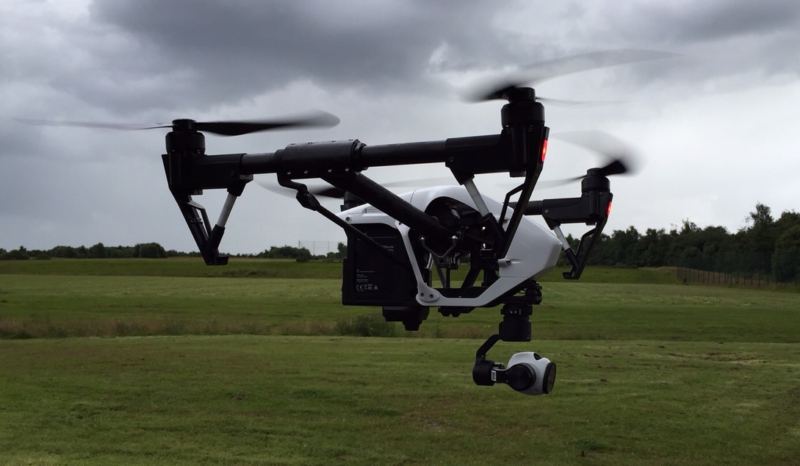 Education and enforcement of the regulations. See lots of the former for approved CAA operators but little of the latter for the ones who do fly irresponsibly.

You are allowed to fly above 400′ though. It’s rather strange that this myth is presented repeatedly on the nats website. Air navigation order 2009, exemption e4185 specifically says you can fly up to 1000′ for fpv drones. There’s no upper height limit for uavs under 7kg at all. Only visual range which is way higher than 400′ feet for large models.

Hi Thomas,
Thanks for commenting and you’re absolutely correct in what you’ve stated. However, the majority of hobbyist have little or no aviation knowledge so I wanted to articulate a very clear unambiguous message on the safe use of drones. Referring to the ANO or articles 94 and 95 won’t mean anything to to most of that audience, so I chose to mirror what the CAA uses in its Drone Code: https://www.caa.co.uk/Consumers/Model-aircraft-and-drones/The-Dronecode/.
Best wishes, Phil.