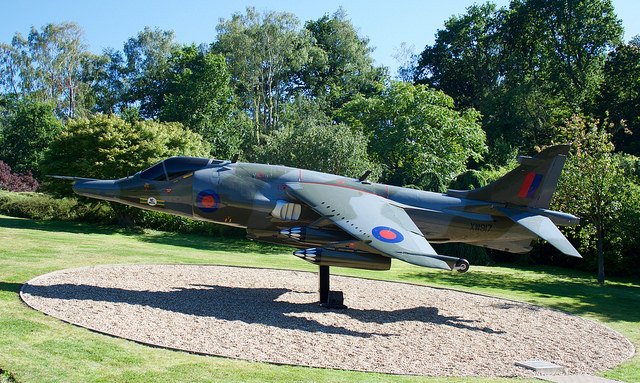 Return of the Swanwick Gate Guardian

The long-standing tradition of decommissioned military aircraft used as Gate Guardians is a proud one. Since its arrival in 2012, RAF and NATS air traffic controllers based at NATS Swanwick control centre have been welcomed by the sight of a Harrier XW917 aircraft each day, serving as a reminder of the joint and integrated concept underpinning UK air traffic operations.

Since April this year the Harrier has been absent in order to be stripped down and repainted to ensure its continued preservation. It returned to Swanwick last weekend, resuming its place as the RAF(U) Swanwick Gate Guardian, only a few weeks after its 45th birthday.

The Harrier being removed from Swanwick Control Centre

Gate Guardians at military bases are usually decommissioned aircraft which once served that Unit or with a squadron now affiliated to that Unit. The Harrier XW917 was the first Gate Guardian for the Swanwick site, but not for the control centre. When the London Control Centre was previously based at RAF West Drayton, the English Electric Lightning XN769 had pride of place as the Gate Guardian between 1976 and 1994, due to the co-location of the School of Air Defence and the Air Defence Notification Cell.

The XW917 was originally built as the second GR1A model, fitted with the more powerful Pegasus 10/Mk 102 engine, and first flew at Dunsfold in June 1971. It travelled to IV(AC) Squadron at Wildenrath in Germany before being transferred to 3(F) Squadron in May 1972, where it remained until its retirement. 3(F) squadron are now based at RAF Coningsby and are a Eurofighter Typhoon squadron.

The Harrier back in place at Swanwick Control Centre

On selection for preservation, the XW917 remained in Germany and became the Gate Guardian for RAF Gütersloh in May 1988 until its closure in 1991 when it moved on to RAF Laarbruch. It returned to the UK at RAF Cottesmore in 1999 – the home of the Harrier force and when Cottesmore closed, we were privileged  to be able to give it a home at Swanwick.

For more information on RAF(U) Swanwick and to view more pictures of the Harrier and the restoration process, please see our website: 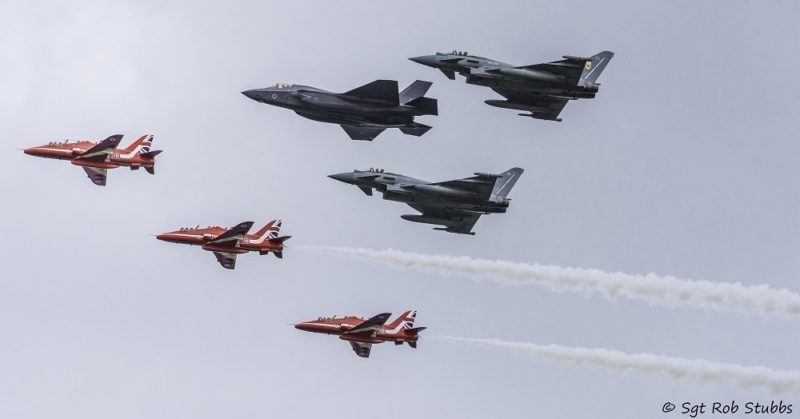 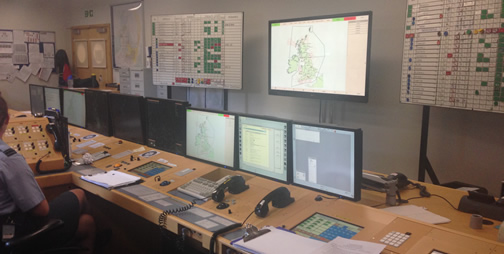 A better faith than the illustrious BAC Lightning that served as a gate guard at LATCC. Looking good, cracking job.