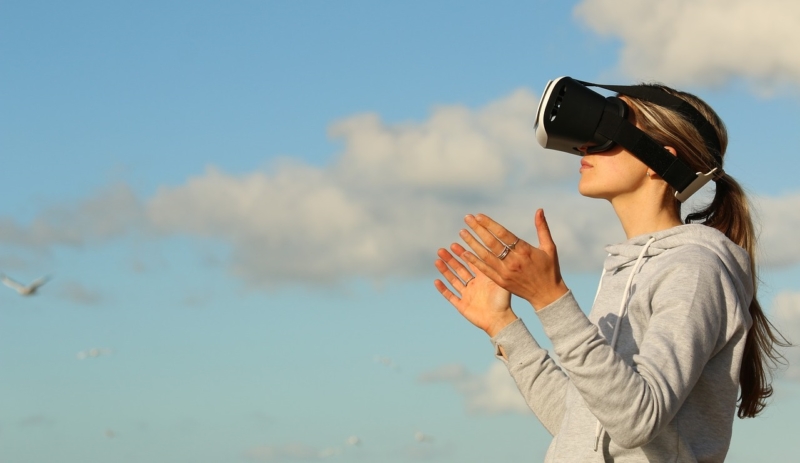 Update:  The winning entry came from DisruptAir, the team that we at NATS felt met the majority of criteria outlined in the brief. Their game also had a working scoring system and ‘day and night’ graphics, which altered in line with the game time. They even managed to create an iPad version of the game – all in 18 hours!

If you’ve not heard of Gamejams, read on.  NATS has, and they’ve been discovering just how much fun we have at Abertay University – where we make games!

Gamejams usually take place over 20-40 hours in which developers team up to create games and tackle new design ideas based around a certain theme.  NATS, with Abertay, recently hosted Serious Gamejam 2017, giving us the opportunity to create a prototype application focusing on education and how air traffic controllers work in an everyday environment, including the hazards and problems they may encounter.

VR can tackle multiple problems and allows for a complete reworking of traditional design methods. One thing that hasn’t been fully explored is how people can communicate within a VR environment. The theme allowed us to delve into this idea and explore what could be done and possible solutions.

We sat down for about an hour discussing different ideas and decided to make a game where a player has to direct aircraft to their correct destinations. To do this, they would have to physically drag a path from the plane in virtual space that would correspond to its flight plan. This player would be placed ‘inside’ a virtual scaled down map of London, directing planes to and from different airports through what we called ‘airplane highways’.  The second player would be inside an air traffic control tower, receiving information about specific flights and airports and then relaying this information to player one.

There were 3 main rules of the game:

If 10 aircraft got to the correct destination you won the game. If the other rules where broken, you lost.

Our team consisted of two programmers and three Artists and once the tasks were laid out we got to work making our VR Multiplayer Air Traffic Control Game.

What player one sees.

Gamejams usual consist of three emotions: excitement, frustration and relief (although sometimes relief can be replaced with acceptance!) The rush comes from getting to work on a game that just a few hours before you knew nothing about and the excitement at the thought of what you can make in the time allocated.

Frustration comes when you hit your first hiccup and there can usually be a few of them, but relief follows when eventually a solution is found. At Gamejams when an unforeseen problem comes up, the course of action is first to see if there is a quick fix, then move on to seeing if you can cover up the problem (only done due to the time limitations), or then abandoning the idea.

Multiplayer is ambitious for such a short Gamejam as there can be a lot of obstacles to overcome. This is where we had our hiccup. While we managed to get players together so they could move in VR and see each other moving, when the planes changed path it did not sync. One person would see a flight changing course, while for the other the plane would continue to move in the previous direction. We estimated that it would take 3-4 hours to implement and we just didn’t have that time to spare.

The time limitations often force some design decisions on a game, so the compromise we came up with was to put the two players in different locations on the map  – a fix that took less than 10 minutes to implement.  This did mean that we had to move away some of our focus away from designing communication solutions, but 18 hours and several hundred cups of tea later and we had our small prototype finished and working.

Time is always limited at Gamejams and it always feel like more could have been done. Adding more to the second player would make the game create a more engaging environment. For example, they could show suggested routes for the player, change speeds of incoming planes, or even override decisions taken by other players. Communication with motion gestures and pseudo hand signals could also be looked at more.

In the end the game worked out well, giving players a good mix of control and that small feeling of urgency that things could get out of hand very quickly! Seeing NATS employees get to grips with the game quickly made all the hard work worth it and during a quick brainstorm after the play test we talked about how games like this could be used not only as educational tools, but also for team building and putting a bit of fun into a serious job.

If you’re interested in Virtual Reality and want to see more of what we have been working on check out our website www.pocketsizedhands.com.

To find out more about Abertay and the courses offered check out their website www.abertay.ac.uk. 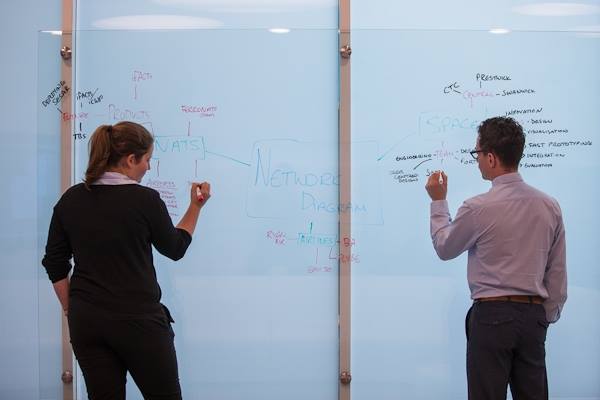 Discover your future career in aviation

I have worked as a Nurse for 5 years within the NHS and currently back at University studying Games programming. Looking in the future to combine Medicine and Games to create experiences that will educate and inspire the public as well as Medical Professionals. I am a co-founder of Pocket Sized Hands, a startup VR company focusing on creating original content and working with contracts to make exciting and innovative Virtual Reality Software. Currently in our first year of operations, we are working on our VR Multiplayer Stealth game, Honeypot Espionage.