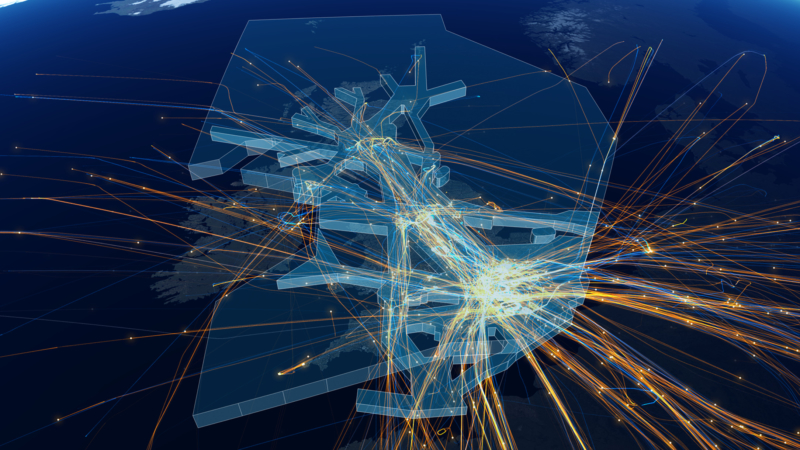 We’ve often talked about the need to modernise UK airspace. It hasn’t seen any significant redesign since it was first mapped out in the 1950s. But, since then, the type and number of aircraft flying through our airspace have changed dramatically.

We have been exploring what our future airspace could look like; what it could mean for our controllers and for the aircraft that fly through UK skies.

Our work has been focused on the airspace above 7,000 feet (which we refer to as ‘network level’). But we’ve also been working with airports to understand where departing aircraft will join this network and where they’ll leave it on arrival, and to make sure that any future airspace design is flexible enough to allow noise respite options to be developed for local communities.

You may have never thought about it, but aircraft plan to follow a network of defined routes to get to their destinations and controllers are required to identify and resolve where aircraft on these routes may conflict. This means that we often have to take them off these defined routes.

You may well wonder why we’re not doing that already. The answer is that our mid-20th century airspace route structure hasn’t allowed it. The technology to support this way of flying relies on the satellite navigation equipment that modern aircraft are fitted with. This allows them to follow very precise paths and therefore the distance required between routes can be reduced.

At the moment, most aircraft are typically taken off their planned route shortly after take-off and controllers give them compass headings to follow. We do this to keep the airspace running smoothly, keep them safely separated and keep delays to a minimum. This is known as vectoring, which you can find out more about by watching this video:

It works, but it’s not predictable for communities or airlines and it’s not environmentally efficient. The structure of our airspace often means we have to keep aircraft flying at lower levels to keep them safely separated from other aircraft, for example those in holding stacks waiting to land.

It also creates a lot of work for controllers, who can often handle over 20 flights at once. In the future, they will be able to intervene less.

Interested to find out more about the future of airspace? We recently launched a new section of our website where you can find lots of information about how airspace works today and what our future airspace might look like. Take a look at www.nats.aero/airspace

This is an interesting one particularly in busy TMA’s.
So are tou planning a very much increased use of RNav and more GPS lead approaches now.
I am wondering also how this will affect us in the GA community applying for a slot into a busy Class D area?

Sat Nav for planes? Why not. It’s interesting stuff, but, how long before the human element is taken out of ATC completely?

Does file it fly it restrict aircraft from getting higher levels than requested in the initial flight plan?

Richard Crooks has been an Air Traffic Controller at NATS for 20 years. Since 2013, he has also been involved in airspace development.

Richard is about to take on the role of Head of Operational Development (Airspace) at our Swanwick Control Centre which will give him responsibility for overseeing all of Swanwick's current airspace modernisation projects.