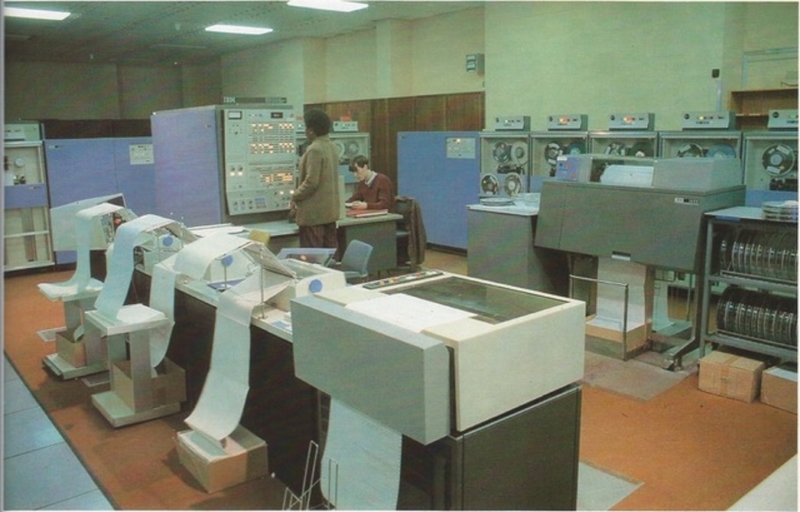 The greatest innovations in the history of Air Traffic Control: Flight Data Processing

In 1967 NASA was planning the Apollo 11 mission, Harold Wilson announced Britain would apply to join the then EEC (later blocked by the French) and The Beatles released Sgt. Pepper’s Lonely Hearts Club Band. It was also the year that a group of computer scientists at IBM delivered a prototype of the National Airspace System for the Federal Aviation Administration in the US, and in doing so changed air traffic control forever.

NAS was an absolute revelation. Designed from the ground up, it did things that had never been attempted before; pulling data from radar, flight plans and ground-based navigation beacons (used by pilots as waypoints) into a single, highly resilient system. This allowed air traffic controllers to have an integrated view of the airspace, the aircraft flying within it and crucially those planning to enter it – via a single system for the first time.

NATS adopted a version of NAS at the West Drayton air traffic control centre in 1974, known (famously if you’re in the business) as the “9020”.  It allowed us to process flight plans and correlate them against radar data, meaning controllers would know which aircraft would be in which parts of the airspace at what time – with their callsigns displayed on their radar display for the first time.

I can’t really oversell what a difference this made. With controllers no longer being limited to seeing what was on their individual radar scope, it allowed for a total step change in terms of airspace capacity management and safety. Having a single overview of all the aircraft in the airspace and those expected to join them, and their callsigns and intended routes, made it possible for us to safely handle much more traffic and as a result helped make the boom in business and leisure travel of the 1970s and 80s a reality.

Of course, compared to today it was very primitive and came from an age when computers filled entire rooms. ‘9020’ had to be shut down every night for maintenance, so at about 10 o’clock each evening we would have to ask it to print out all of the flight information strips for the coming night shift, but it really was an incredible feat of engineering when seen in the context of the time.

NAS was “rehosted” onto newer hardware in 1989, with Princess Anne coming to ‘open’ the upgraded system. The event even made it into The Times newspaper.  I worked on the rehost project 30 years ago, moving my family to the USA for 9 months to learn about the new system before returning to the UK to train the NATS team how to maintain, configure and programme the new system.

And of course it didn’t stop there. The introduction of computer processing power into air traffic control allowed us to start predicting the future; calculating where aircraft would be in the next 2-3 minutes so controllers could spot any potential conflicts before they got close enough to be a problem.

Today, paper strips have been replaced with electronic equivalents that allow controllers to enter data on their screens and seamlessly coordinate traffic across sectors and centres that may be hundreds of miles apart. Multiple parameters from the flight computer on an aircraft are downlinked via modern radar systems  allowing controllers to identify specific aircraft rather than just a radar plot.

Processing all this data takes a lot of computing power – millions of calculations every second taking into account aircraft type, weight, windspeed, temperature and controller instructions – but it means we can now predict the position of aircraft up to 18 minutes into the future very accurately and as a result can plan the most fuel efficient and safest routes.

The scale may be unrecognisable, but if you walk into just about any air traffic control centre anywhere in the world, you’ll still find a system that can trace its DNA back to NAS and the work IBM did in the 1960s and 70s.  Much like “Trigger’s Broom” from Only Fools and Horses, its had a lot of its software re-written and all of its hardware replaced at least three times but the IBM roots are still there.

Next generation: controlling the first flight using the iTEC Flight Data Processor at Prestwick Centre in 2018

It might not be the most obvious or exciting example depending on your point of view, but just like cars you never forget your first one, and NAS has a special place in the hearts of many of the NATS team. There are still a few of us who also worked on the original 9020.

For my money the advent of flight data processing and the revolution in capacity and safety it has brought about absolutely deserves its moment in the spotlight in the history of air traffic control. Modern aviation simply wouldn’t exist without it. 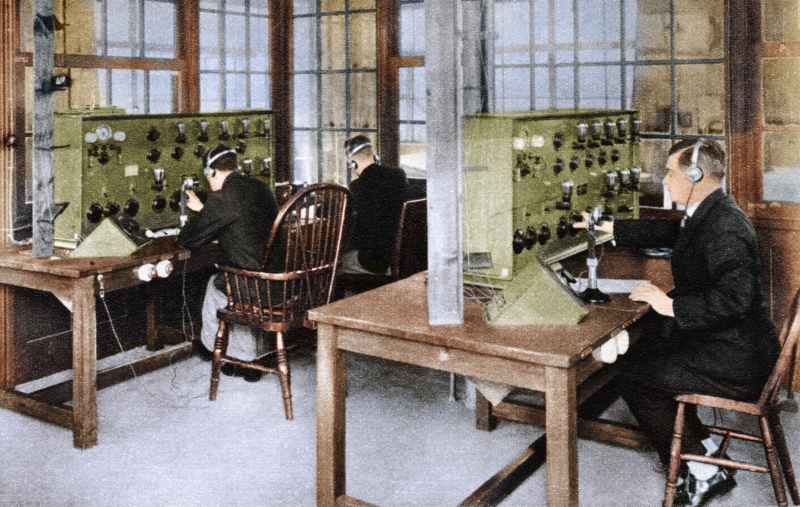 A really interesting article which brought back a lot of memories. It used to be my job to collect the 9020 printout for Route Charges and to sort out and store the millions of strips each day.

Your photo of NAS rehosted 1990 is in fact NAS rehosted 2000 as can be seen from the two black boxes with yellow “stripes” to the rear right of the room. These are the IBM S390 computers installed in 2000.

I also worked on the 9020. I was part of the team who went to the usa to train on it. I was one of a handful of controllers who went to the “dark side” to work with our Tels colleagues on the project. Indeed it was a turning point. I spent the rest of my career working on ATC systems world wide. Now my sons are doing the same

His current role combines managing a team to provide third and fourth line support to the current systems whilst shaping the strategy and vision for the engineering systems for tomorrow.

Gary joined NATS as an apprentice and has held a variety of engineering and management roles across the company.

Notable roles include Test Manager for the Swanwick Centre, Project Manager for the feasibility phase of the project to deliver iFACTS - the innovative trajectory prediction tool, and establishment of Asset Management.

The journey of computing in ATC