There was no fanfare or fireworks, but last Tuesday was a significant day in the history of transatlantic air travel.

For the first time in decades and possibly since its inception (we’re trying to work out exactly when, but at least the 1960s) there were no westbound tracks across the North Atlantic.

You might have seen my blog post last month about our intention to do away with the Organised Track Structure (OTS) across the North Atlantic on days when the current low levels of traffic allow. The aim is to understand what benefits doing so permanently could offer to our airline customers in terms of greater flexibility or reduced fuel burn and carbon emissions.

Simply put, the OTS is an invisible multi-lane highway that connects Europe and North America. Each day up to twelve tracks are created west and eastbound, designed to try and take advantage of the day’s Jet Stream activity and give the airlines the most efficient route across the ocean, based on the information available 12 hours prior to their start time. The tracks provide a predictable operating environment for both ATC and aircraft operators, but the concept has changed very little since its inception.

Traditionally, aircraft follow the tracks at pre-agreed speeds and flight levels in order to allow us, and our friends in Gander, to keep them safely apart in an environment without any radar coverage.

The OTS has provided a safe and managed ATC environment for decades, but it is a blunt instrument that sometimes doesn’t allow the airlines the flexibility to choose their own preferred route, speed or level due to how flight plans are created and filed by some flight planning software.

All that began to change in 2019 when NATS and Nav Canada were the first to introduce Aireon’s satellite-based ADS-B service, something that has given us radar style real-time surveillance over the ocean for the first time.

The combination of that new technology, the significantly reduced separation standards afforded by ADS-B and the current low traffic levels since 2020 have given us an historic opportunity to safely accelerate the possible disbandment of the OTS and try to unlock those latent benefits for our airline customers.

The first foray into that future happened on Tuesday and I anticipate that we will see several days, both west and eastbound, where we have zero tracks over the coming weeks and months.

What came as a surprise, was just how natural the transition to a fully random route environment was for our operational teams. The OTS that we all know so well and utilise on a daily basis was gone, yet there was no significant increase in workload and the same aircraft turned up making requests in much the same way that we had seen in the past. The only key difference was there was no specific core, no single or multi-lane highway crossing the sky, and aircraft routes looked less ridged and more ‘natural’ as a result.

What’s especially pleasing is that we did not receive a single query from our airline customers. Not a single pilot question or phone call clarifying what was expected from them.

What each of these OTS Nil days give us is invaluable data. We’re working with the airlines to understand what difference it makes to their flight planning, both in the low traffic environment we’re currently living through, but also via simulating how that would translate once traffic levels begin to return.

Right now, it’s hard to foresee how this will turn out. Where will our customers see the greatest benefit? In the predictable nature of OTS tracks, allowing flights to be cleared at the pilot requested flight level and (adjusted) route more often? Or will the benefits relating to free routing outweigh that predictability and provide more overall efficiencies? Either way, the final decision will rest in the hands of our airline customers, who will tell us the direction they want us to guide this initiative in the future.

Thank you to all those that have worked closely with us to make this happen. I’ll try and keep you updated as the project develops – hopefully it will emerge as a real positive from what’s been such a difficult year for aviation. 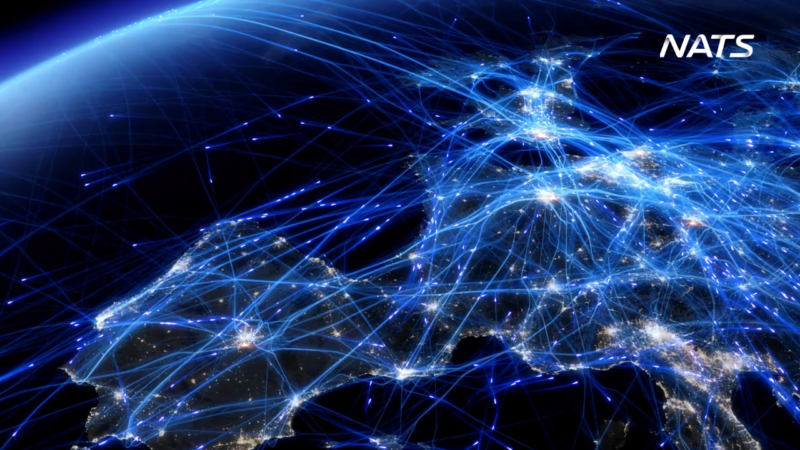 Well done NATS from a retired employee who has watched progress for many years – a long time coming, but well worth it.

It’d be interesting to know what contingencies there are for days when either turbulence makes areas that should be avoided or a jetstream makes particular routes very desirable and everybody plans to use such routes. If there’s a “free market” for routes it’ll behave rather like the more earthbound markets and chase the profits at the expense of all else. There’ll be empty areas and hordes of aircraft vying for the best tailwind.

If it’s as easy to reimpose the NATS without any ill-will from the customers then all will be well. The trick will be anticipating the weather situations and their effect on the Atlantic crossings.

If it allows us to make inroads on the emergent climate crisis then it has to be a good idea.