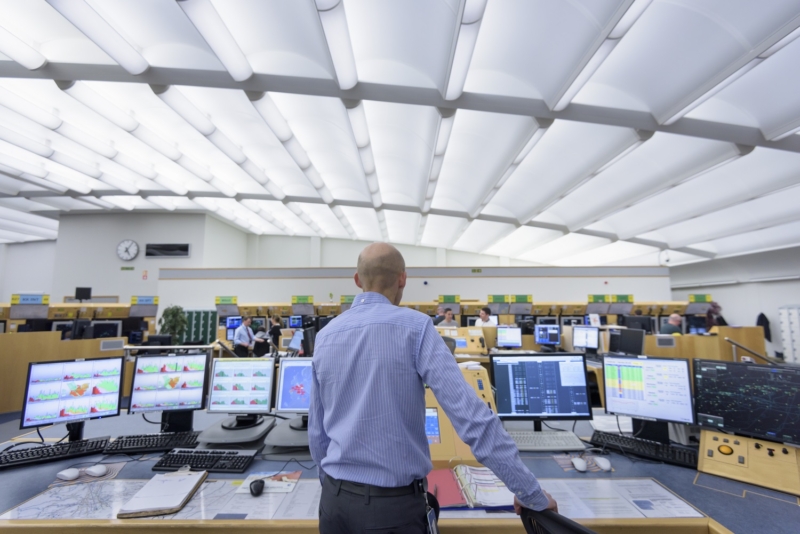 The day that turned into a year…

It started as a “test day” to see if non-operational employees could work from home in March 2020, and now, over a year later, we find ourselves having adjusted to a “new norm”. As the day turned into weeks and months, it soon became apparent that it was more than just IT that needed to be considered in the remote working environment.

As Human Factors Specialists, we were unable to support the operation in the same way we always had, and felt set apart both physically and psychologically.  This is the story of how we learnt and adapted…

Initially we found ourselves reacting to the new operational working environment – which was changing daily. We published safety notices using digital signage at our centres and airports and provided information by email and intranet system to help highlight the emerging risks and how to effectively manage the reduction in traffic from a human performance perspective.

However, our operational contacts soon started feeding us observations they had made of themselves and of colleagues that we could not have anticipated. This meant we had to be creative and innovative in our thinking and communication and this led to the creation of new terms and associated analogies to help articulate these new potential risks.

Many of us are well versed in the potential risks associated with high workload and overload situations. Operational staff and watch management are trained to spot the signs where action might be required to manage a high workload or overload scenario.

But what about low workload or underload situations? There is no feeling of discomfort, the cues are largely the absence of traffic or activity rather than the presence of it – silence rather than noise. And yet, internal trend analysis has shown that low workload / underload situations can result in impaired human performance in the same way that high workload / overload does.

Underload can reduce alertness and impair how well our memory functions – we might be more likely to forget something we need to do or have just done. Visual scanning also tends to be less thorough or frequent – we’re more likely to tunnel our attention in one place which can result in neglect of other areas. We’re more susceptible to distraction from what is going on around us – especially conversations – and we’re particularly vulnerable to the effects of fatigue and tiredness.

In our Operations Rooms, controllers began working socially distanced to reduce the risk of spreading Covid-19. This meant they had to do remote telephone (sterile) handovers  between watches at the beginning and end of their shift. As a result of a joint activity with our Operational Safety colleagues, we discovered that controllers were using less efficient strategies without utilising best practices to the handover task. This was not being done on purpose because of laziness or lack of attention, but as a result of the brain adapting to the task load it is faced with.  – the lack of cognitive demand, causing it to shut down its activation.

A Problem Shared Is A Problem Halved

During the early part of Summer 2020, it appeared that aviation was opening up ever so slightly so we now sought to understand how we could equip operational supervisors with a method in which to identify and communicate potential threats in their new working environment. During those early summer months, we focused on running Team Resource Management (TRM) sessions with all operational group supervisors at our control centre in Swanwick.

As well as reflecting on how the working environment and the air traffic control job had changed for them, the sessions discussed threat and error management, and any hints, tips or watch-outs they had noticed were shared. Given that it was the most unpredictable time we’ve been in, the threat and error management technique (TEM) was something we reminded supervisors to routinely apply to spot unforeseen threats.

These workshops not only provided benefit to our operational supervisors, but also offered us further insight into the operation. This allowed us to provide relevant and tailored support, rather than making assumptions about the impact the traffic and the pandemic was having on human performance. Following on from this, the concern about skill fade was raised, and a communication piece was developed to advise supervisors to consider this for controllers returning from long periods of time off work, or as traffic levels started to pick up again.

We also carried out a ‘Human Performance Measurement’ (HPM) survey at our centres and airports where controllers completed short surveys about their workload, situation awareness and workload drivers after each live controlling session. This allowed supervisors – with immediate access to the results of the survey – to manage the operational workload of their staff in real time.

In those first few months, we found risks we could anticipate (the effects of low workload / underload), and those we couldn’t (handover quality) meaning that we had to adapt our normal methods of supporting the operation.

Ultimately, the last year has been a huge learning experience. The Human Factors team has learnt to adapt under uncertainty and be flexible when things change in a short space of time – a key skill for our professional and personal lives.