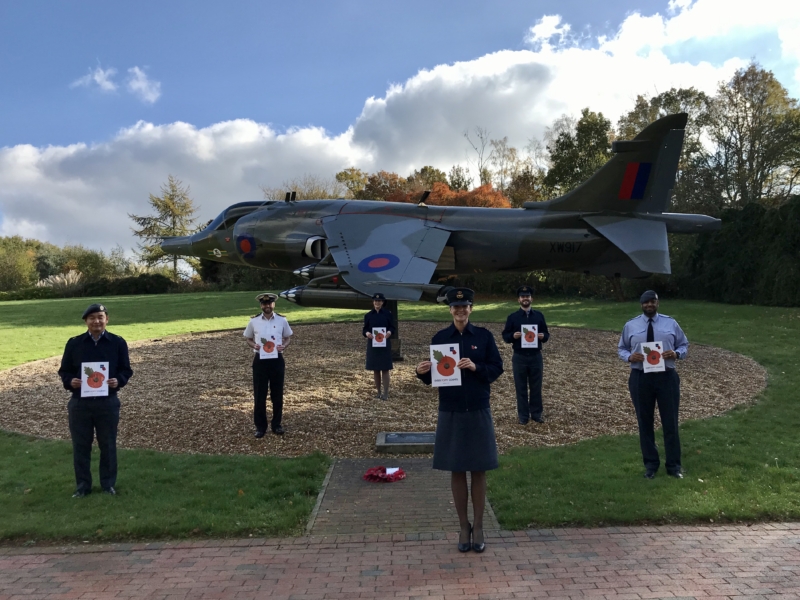 This Saturday, 26 June, is Armed Forces Day; an opportunity each year for the public to show support for Armed Forces personnel and their achievements, both past and present. It is also a time to engage, outside of routine work, at the hundreds of formal and informal celebratory events across the country.

As serving RAF and Navy Regulars and Reservists, we are proud of the role we play in defence of the United Kingdom and its interests. 78 Sqn Swanwick, the new Squadron numberplate, has always enjoyed wide support from the community, and their NATS colleagues who they work alongside.

The UK is one of the few countries around the world with a joint and integrated civil and military air traffic control service, with NATS and MoD controllers sitting side by side in the control centre at Swanwick, Hampshire. This close relationship allows greater cooperation and the more flexible use of airspace.

The RAF has remained busy throughout the pandemic, maintaining defence of the UK while preparing for operations overseas. It has been a challenging year for many both in the workplace and at home, so I am incredibly proud of how 78 Sqn has adapted and risen to the challenge.  Many of our personnel have been deployed across the country in support of the COVID Task Force, providing extra workforce to resource COVID test centres.

Across the Swanwick centre we have implemented joint approaches to COVID; the military were fully supported by NATS to set up a Lateral Flow Device Testing facility and in turn, testing was offered to everyone on site. Equally, we have plans in motion to conduct familiarisation training in both military and civil operations on our path to ensuring safety is not compromised as traffic levels increase.

78 Sqn has supported multiple large-scale exercises and bespoke training missions throughout the year, including Exercise Strike Warrior, the HMS Queen Elizabeth’s final test before her maiden deployment; the Exercise, involved more than 20 warships, 3 submarines and 150 aircraft from 11 nations. 78 Sqn provided high level air traffic control and airspace management in support of a series of realistic operational scenarios to test the capabilities of the UK Carrier Strike Group in high intensity operations.

We were also recently involved in segregating 570,000 Km squared of airspace across 4 Flight Information regions (including the UK) in order to successfully support Ex Formidable Shield 21. This exercise involved the tracking and engagement of supersonic targets, as well as those in Low Earth Orbit – and involved 10 NATO nations with ships, aircraft and ground assets supporting. This exercise relied on effective airspace management through the joint and integrated approach championed by the Civil Airspace Management Cell in NATS and the Military Airspace Management Cell on 78 Sqn.

Armed Forces Day is not just about the here and now; this year we were honoured with the award of the 78 Squadron number plate and thus, we have re-formed this prestigious squadron which dates back to 1916. We look forward to embracing the history and ethos of this fine squadron and shaping its future to deliver excellence in the field of Air Operations. Join us throughout the week as we share stories from some of our own armed forces community!

I am also a special guest for an RAF special episode of Altitude, NATS’ live-stream series, on Wednesday 23rd at 3pm which is free for all to register. Find out more about the relationship between NATS and the RAF – sign up now at nats.aero/altitude

We are currently a silver award holder on the ERS, but now seems like a fitting time to announce that we are aiming to achieve gold level over the next year. Some of the work for this has already begun; it is great to be able to report that the extra leave that can be claimed by reserve forces members and cadet forces adult volunteers has recently been increased from six days to ten. This leave enables reservists to participate in military training and develop their personal skills in areas such as leadership and management, which can only be a good thing.

Wing Commander Chrissie's career in the RAF spans more than 15 years, starting off as a military air traffic controller. In August 2020, Chrissie took command of 78 Squadron at Swanwick following a tour at the Space and Battlespace Management Force Headquarters.