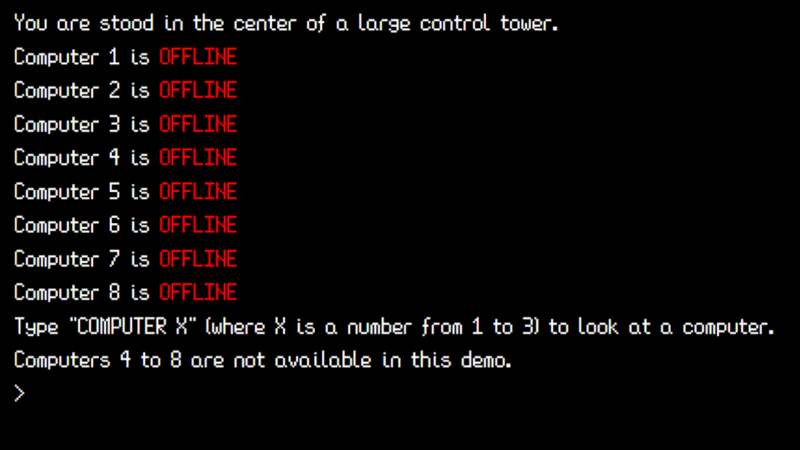 Thinking outside of the box (while stuck in a box!)

When faced with an opportunity to upskill in programming languages earlier this year, NATS’ Analytics team thought outside the box. Rather than go on a traditional training course, they looked into their own skills and created an alternative in-house training experience.  Rhona Murphy, Analytics Core Team Lead, tells us more…

During a team meeting we were thinking of different ways to upskill our team in programming languages, and, knowing we already had the skills to make it work, I suggested creating a self-built Escape Room experience.  Along with colleagues from Research and Development (R&D), who helped us develop the content, we set about building our very own virtual Escape Room.

What is the role of the analytics team at NATS?

The role of analytics in NATS is a very important one. Essentially, we are a large team who analyse data and use this information to influence decisions and projects around the business. The team brings together data analytics and data science to deliver data driven insights, tools, and services used within NATS, as well as with many of our customers in the UK and worldwide.

To make sense out of huge amounts of data, a company needs data analysts who can analyse, model and develop tools to more efficiently work with data, whether it is collection, processing, analyses or visualisation. Over time, every business accumulates a lot of data from various touch-points. This data is used to their advantage to not only remain competitive but to make key and consistent decisions across all departments.

The key emphasis today in the Air Traffic Management industry is a focus on predictive analyses that can help business make the right choices and prepare for the future.

What is a programming language?

The two most popular programming languages used today are R and Python, both of which are open source with large developer communities. Python and R allow the user to process huge quantities of data rapidly, extracting key trends/characteristics and then applying these to other data sets to try to predict possible outcomes.

By developing ‘smart’ tools with these languages we are creating reproducible forecasts/predictions with the corresponding logic to back them up, combining this with the human element of experience and ability to respond to new situations it prepares us for any eventuality. Most recently we are upskilling in databricks which will enable NATS’ Analytics team to work with Big Data (i.e. process large amounts of data in a very efficient way).

We kept the game a surprise and launched it at our virtual away day where the group were split into small teams with a mix of experience levels, different programming language skills.

Each of the puzzles had to be solved in certain order to get the passcode and release the ‘lock’. The puzzles themselves varied in difficulty and some required logic or simple calculations, while others were more challenging and required the use of computer code/programming.

The year is 2022, You’re on a routine maintenance trip to a recently digitalised air traffic control tower. Right as your team of engineers step into the main control room, every warning light you could imagine starts flashing just as you’re all about to spring into action, everything goes dark.

You and your group of engineers are now experiencing a power outage within an otherwise empty control tower.  You must race against the clock to not only gain access to the eight password protected, control stations, but also figure out the correct boot-up sequence. Can you fix the connection in time?

The tools available for programming were R and Python and the use of Excel was restricted to encourage people to use one of the two programming languages.  Thankfully this did not stop people from coming up with innovative ways of not using code, for example making use of other programmes within Microsoft O365!

The winning team escaped in an impressive 47 minutes with a close fight for second place and the next three places were less than a minute apart.

The event was a great success, and because the teams were a mix of two departments, it was a great opportunity to meet and collaborate with colleagues we don’t usually work with.  Naturally, there were some people who had stronger coding skills than others, but it was done in such a way that everyone was able to participate and we all learnt something.

We’ve made the game live so you can have a go yourself! Can you escape?  https://i.nats.aero/p/escape-room/

Great idea – at CGI we have also developed an Escape Room which focusses on cyber security – made to be mobile so it can visit our clients and community groups this is helping to raise awareness of an important part of being IT safe – please get in touch if you would like to give it a try when it’s in your area http://www.cgi.com/uk/cyberescape