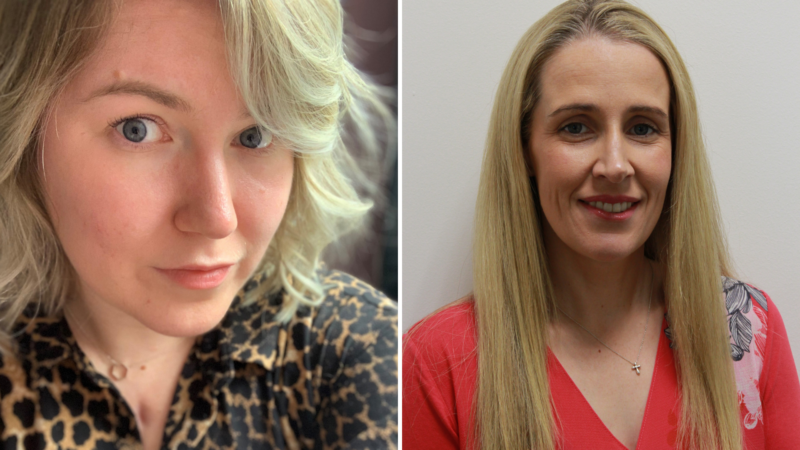 In celebration of Women of Aviation Week, Women’s History Month and International Women’s Day, we’ve been speaking to some of the fantastic women who work at NATS and finding out exactly how and why they ended up working in the wonderful world of aviation.

What was your dream job when you were younger?

Emma: As a child, I was very creative and could think of nothing better than growing up to become an animator for Disney. As a teenager, possibly influenced by both of my parents being doctors, as well as watching lots of Silent Witness, I wanted to pursue pathology… that was until I fainted in the operating theatre during a work experience placement in hospital!

Jodie: When I was very young, I wanted to be an astronaut, but I think my travel sickness might have held me back 🤣 As I got older, I really enjoyed science and maths so wanted to do something in that field such as a geneticist or an actuary.

What did you study at school and college?

Emma: I really enjoyed science and maths at school so did A-levels in Maths, Physics, Chemistry and Biology at college before completing my degree in Physics at the University of Southampton (pictured below, Emma graduating left and visiting CERN right).

Jodie: I studied Maths, Statistics and Biology at the University of Glasgow and before that went to a specialist music school, where I unfortunately realised that I definitely didn’t want to be a professional musician.

Tell us about your careers so far?

Emma: Immediately after university, I worked in a call centre. I then started at NATS in the Analytics department after a friend recommended the company to me. I initially started in the Analytics department and worked in various teams before moving into my current role of Safety Assurance and Regulation Specialist. Here I provide assurance that our operation is compliant with applicable regulations and legislation. With Brexit and an ever-changing regulatory environment, there is rarely a dull moment!

Jodie: I have worked at NATS for 24 years now in various roles – I actually found out about the company after being inspired by a friend I had gone to school with who was a controller and absolutely raved about it. I joined in as a trainee Air Traffic Controller in 1998 gaining validations in Area Control at West Drayton and then Swanwick before moving into the Procedures team. After that, I managed various types of training, before going back to the Operations Room as a Group Supervisor for a couple of years. I then went into various roles including Head of Airspace before taking on my current position as Head of Operations Support Service Delivery. (Jodie pictured below graduating from controller college – left image, Jodie shown second from the left, bottom row and on the left, right image, Jodie shown second left,top row)

Why do you enjoy working in aviation?

Emma: I might not be an avgeek, but I’m a geek, nonetheless. Whether I’m working from home and can see a recent Southampton Airport departure overhead or sat in a departure lounge about to go on holiday, I love having that additional insight into what’s happening behind the scenes and knowing my job has a small part to play. I absolutely adore exploring new places too and that really wouldn’t be possible in the same way without global air travel!

Jodie: I have found the work to be incredibly rewarding and the aviation industry is simply fascinating to work in with so many different aspects for people to get involved in. NATS has been a great company to work for, allowing me to move around various roles and develop myself over the years and learn so much about an industry I had never even considered going into when I was younger. I have worked with some amazing and inspiring people over the years, and I have learnt so much from those around me.

Jodie the day she graduated

Do you have any advice for any women wanting to pursue a career within aviation or STEM?

Emma: Never ever underestimate your abilities and grab opportunities when they present themselves and create them when they don’t.

Jodie: Go for it! There are so many inspirational women working in aviation who want to help others, so reach out and ask for sponsorship and support. The gender stereotypes that may have once held us back have all but disappeared and, as a woman working in aviation, I am passionate about encouraging others, particularly into leadership roles. We need diversity of thought if we are to survive as the business evolves and this requires a more diverse workforce. Gender is one part of this, but we must have wider diversity if we are to attract and retain talent.

Emma with a periodic table

Have you been inspired by any particular women?

Emma: I have a lot of respect for Emma Watson, growing up seeing her on screen in the Harry Potter movies. We both value education and support gender equality and I admire that she has used her platform to enact change, launching HeForShe, as well as promoting other worthy causes. I consider myself lucky to have wonderful female role models in both my personal and professional lives too.

Jodie: Rosa Parks, the American civil rights activist who was so very fearless. Her bravery inspires me to stick up for what I believe in and speak out for what is right, no matter how hard that may be.

In the next Women in Aviation interview, we’ll be hearing from an Air Traffic Controller in the Manchester tower and an RAF Executive Officer, based at our Swanwick Control Centre.