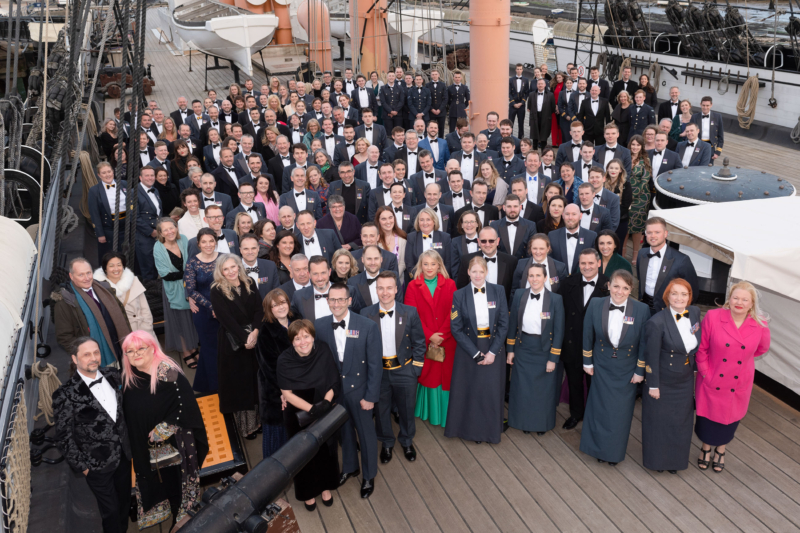 Exactly one year after the RAF’s Air Traffic Management unit at Swanwick was assigned the 78 Squadron number plate, they invited NATS colleagues to a Dining in Night to celebrate the anniversary and the strength of our joint and integrated working relationship.

And they celebrated in style onboard HMS Warrior, the former Royal Navy warship now moored in Portsmouth’s Historic Naval Dockyard – a venue symbolic of the Squadron’s inter-service workforce made up of both RAF and Royal Navy personnel.  There were more than 200 guests including serving and former senior officers of both services and NATS guests including Operations Director Juliet Kennedy, and controllers from several watches at Swanwick who work closely with 78 Sqn personnel.

Originally constructed in 1859, HMS Warrior and its sister ship, HMS Black Prince, were the first British warships to be armour-plated and iron hulled.  Warrior was finally ‘paid off’ (decommissioned) in 1883 but remained in various training and logistics roles until 1979, and is now a tourist attraction.

Squadron Leader Andy Stavely introduced several vignettes about previous Squadron accomplishments and tributes to fallen comrades in the many conflicts the Squadron has served in, including WW2, Iraq, and Afghanistan.  The evening concluded with 78 Sqn’s Officer Commanding, Wing Commander Chrissie Miller, giving a round of thanks to all who contributed to the success of the Sqn over the past year – sentiments that were echoed by the previous Battlespace Management Force Commander, Air Commodore Rich Moir, in the final speech of the night.

While the evening was primarily a celebration of 78 Squadron, there was also warm recognition of the valuable relationship between NATS and the Forces.  We are still unique in the world in having our civilian and military air traffic controllers working side-by-side – an arrangement which has proven its value time and again.  This joint and integrated approach extends outside the Operations Room into everything from HR to Corporate Communications.  Recently we committed even more to the Armed Forces community within NATS by increasing special leave for Reservists and Cadet Force Adult Volunteers and by expanding our Peer Support welfare services to include specialists with first-hand experience of Forces life.

We are incredibly proud of our relationship with 78 Squadron and the whole Armed Forces community which has, and will, enjoy fair winds and following seas for many years to come. 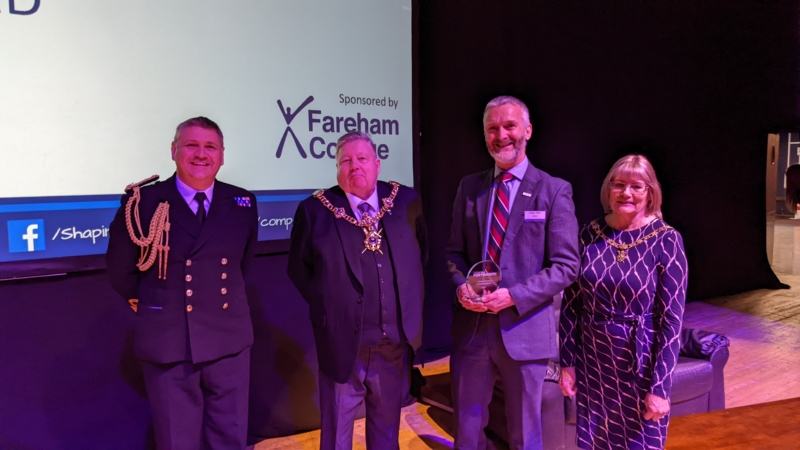