The average passenger on board any one of the 5000 plus flights through UK airspace every day is likely to be aware of Air Traffic Controllers (ATCOs) sat in the control tower at their airport, ensuring a safe and efficient arrival or departure.

However many people simply aren’t aware of the controllers who make sure that aircraft get to their destination through the airspace in-between airports – either just in the UK or connecting a flight between different countries airspace – that’s the job of the area controller.

The majority of ATCOs around the globe are area controllers; we sit in area control centres situated in various locations ranging from industrial sites and office parks to nature reserves. I work at Swanwick and I am one of over 350 area controllers that work in the London Area Control room (LAC).

Between us we work 24/7, every day of the year, controlling the upper airspace over England and Wales along with various parts of the North Sea, the Channel, the Irish Sea and even occasionally the continent.

UK airspace is divided up and organised into blocks of airspace called Sectors, which form a 3D jigsaw puzzle allowing traffic levels to be more manageable.

At night when traffic volumes reduce, sectors are combined into Local Area Groups (LAGs) and controlled as very large blocks of airspace. In the morning when volumes increase they are split out into the sectors again as needed. This enables us to operate with less staff at night, freeing up others to back-up the busier morning and afternoon shifts.

We have some of the most advanced controlling tools in the world to help us do our job, such as iFacts. We can see 18 minutes into the future of each flight, and this helps us to decide how best to keep every aircraft separated.

Aircraft are separated by at least 1000 feet vertically or five nautical miles horizontally at all times. When you consider they are moving at speeds of up to 500 knots over the ground, which decreases their manoeuvrability, then we welcome any tools that will make things easier for us!

The technology available to us means we can control increasing numbers of aircraft per controller and allows us to make decisions more quickly and route aircraft more efficiently.

As technology moves ever onwards and upwards the way that the area controller works is going to change. However the role will stay the same, to get the travelling public from A to B without them noticing that we are doing it. 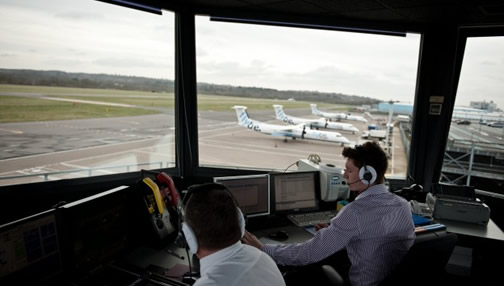 Could you explain iFacts a bit more? You can see 18 minutes into the future but surely things can change as in the recent German Wings tragedy. Have I missed something here?
By the way, I never think of ATCs when travelling just what food I am to be served and whether to watch a movie or try to sleep.
I do think about ATCs when I view your excellent website and read your fascinating newsletters.

Hi Chooch, thanks for taking the time to comment and I’m really pleased you like the website. We’ve blogged about iFACTS in the past, so have a read: https://nats.aero/blog/2013/07/how-technology-is-transforming-air-traffic-management/. The 18 minute look ahead is a prediction tool to support decision making, but our controllers are always monitoring things ready to intervene if needed. I hope that helps. Paul

Tom joined NATS in March 2003 at the air traffic control college in Bournemouth where he spent two years before being posted to London Area Control at Swanwick. He validated on the Clacton sector in 2005 and on North Sea about a year later. Tom is also an instructor at the college, now based in Whiteley, teaching ab-initio trainees.