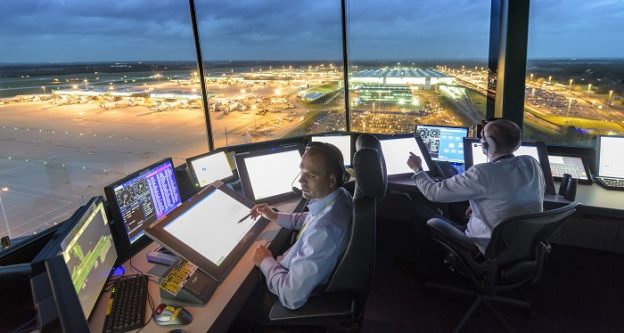 March marked 25 years since Her Majesty The Queen officially opened the then brand new terminal building at Stansted Airport.

Originally a base for the US Army Air Force during World War II, the airport was transformed by the introduction of its £400 million terminal in 1991. Since then over 350 million passengers have passed through the airport, with each of the 3.2 million flights being carefully guided by NATS air traffic controllers.

But it isn’t the only part of the airport that has reached a significant milestone, with the airport control tower itself now 20 years old. And despite entering its third decade, Stansted tower remains one of the tallest and most recognisable in the country. In fact we’ve just had a new bunch of fantastic photos taken from in and around the tower, including views of the terminal building in its anniversary year, and wanted to share our favourites with you.

Let us know which you like best and if you’ve got any photos of Stansted – whether it’s of the tower, terminal or the runway, old or new – we’d love to see them so leave us a comment.

Stansted was the first tower in the country to use electronic flight strips.

In the tower’s wrap around simulator

Being a controller at Christmas