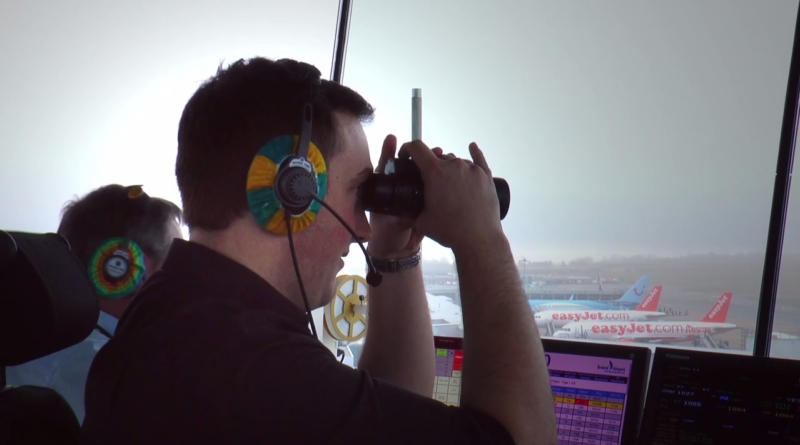 In this week’s Skies Above Britain we’ll follow some fresh recruits through the highs and lows as they start their training to become air traffic controllers.

As someone who has already been through the process, Derby born Stuart Tabberer knows how much work is involved, but also how rewarding it is having now made his way to the top of the tower at Bristol International Airport.

Stuart fell in love with aviation at a young age after watching two Sea King helicopters ‘dance’ to classical music at an airshow. “As a kid, watching that was amazing and I knew it was an industry I wanted to work in.”

He then went on to complete an Aerospace Engineering degree at Bristol University before applying to become an air traffic controller at NATS. “I was thrilled to be accepted, but at that time there was a wait until I could start training so I took a job in Cyprus as a hotel entertainer in the meantime – it was quite a contrast!”

And does having his degree help? “I think it might help in some ways, but it certainly isn’t required. Controllers come from all walks of life and being good at the job is not about academic qualifications.”

Having completed nine months of initial training at the NATS College in Hampshire, Stuart is loving his time at Bristol.“It’s a small but very busy airport with some specific challenges. We’re actually quite high up here, so low cloud means I’ve been getting to practice my low visibility procedures!”

But would Stuart trade in his radio headset to go back to the Cypriot beaches? “No way. It’s hard work but it’s been absolutely worth it and I’m really proud of what I’m doing.

“My teachers always said I’d never get paid to look out of windows, but I think I’ve proved them wrong!”