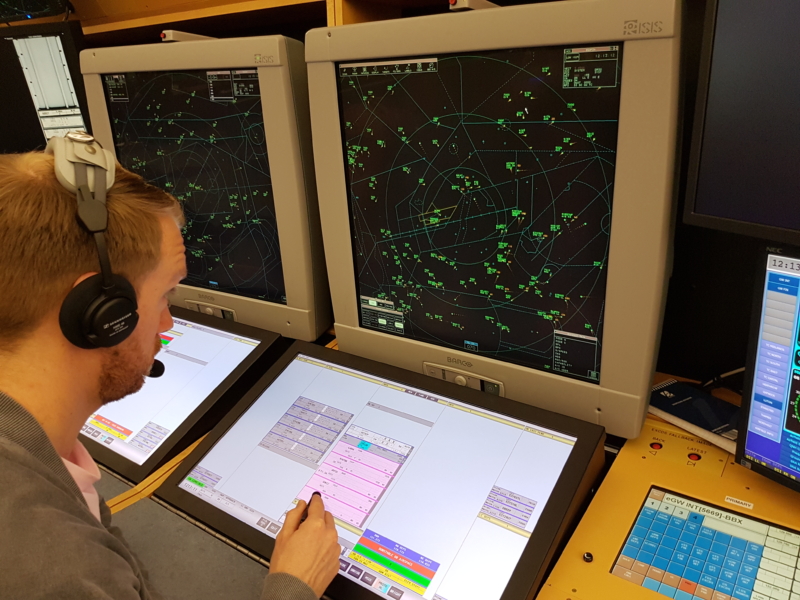 The airspace above London and the South East is some of the busiest and most complex in the world, so it might come as a surprise to know that a core part of the way air traffic is managed in this airspace currently still relies on pen and paper…

Air Traffic Controllers in our Terminal Control centre in Hampshire currently use paper strips to record all the information that enables them to keep aircraft safely separated – including where an aircraft is heading to, the speed they’re travelling and the instructions they’ve been given, for example what flight level to fly at.

Whilst this technique has served us and the flying public well for many years, it is time to put down the pen and paper.

We are currently in the process of very gradually implementing a digital replacement for today’s paper strips, called EXCDS. This new system will provide our controllers with automated flight data management information using touch-sensitive display screens.

However, while it automates some processes and reduces the need for manual coordination between controllers working different positions, it will still rely on Controllers to manually input much of the information they currently write on paper strips about the instructions they’ve given to an aircraft.

The transition is being very carefully managed over several months out to spring 2018. Introducing a different way of working to a busy and complex operational environment like London Terminal Control requires a lot of careful planning and training.

We also have to balance the need to take controllers out of the Operations room for training alongside the need to manage record levels of traffic over the summer season, which is another reason why the deployment is so gradual, to ensure we do everything we can to minimise any possible impact on the efficient running of our skies.

As well as helping prepare us for the capacity demands of the future, once in place the system should also deliver some additional safety benefits, particularly by helping to reduce ‘level busts’, where an aircraft deviates from the height it’s been instructed to fly at by air traffic control. EXCDS will provide controllers with an alert on the flight level they’ve been cleared for vs. the flight level then selected by the pilot, meaning any errors are easier to detect and resolve.

We’ll be talking more in the coming months about EXCDS and how we’re going about introducing it into the operation but for now, if you’re interested you can see a little snippet in the video below.

We did this journey together in Prestwick some years ago. With smartStrips. It was diffict and we learnt our lessons together. Today – to my knowledge – the users are happy. It is a pity that this very successfull project and the learnings from it are ignored and the wheel is invented from new.

Very interesting blog, I’m wondering what all the stuff means on the paper strips, like the ‘B’ om the Ryanair one, and the line down the middle of presumably flight levels on the SAS.

This is great news. I fly a Cessna 152 or 172 over London VFR and remember controllers asking me to “freecall” the next unit when I reached the edge of their coverage. So I had to pass my details all over again including callsign, type of aircraft, where I’m from, where I’m going, where I am and my altitude, and the service I wanted. In return I got a new squawk code and QNH.

It was a lengthy exchange that used up a lot of radio time.

With my details soon in electronic form, I look forward to quicker handoffs with less use of the radio.

Chris has worked in the Terminal Control operation for more than 20 years, as both a Controller and as a Group Supervisor. Chris is now Transition and Integration Manager within Terminal Control, where he helps to ensure the safe and successful implementation of Airspace and System changes within the operation.