While everyone in the aviation or business community was disappointed by yesterday’s announcement that the Government will not make a decision on an additional runway until “at least” October, no one was surprised.

The current political turmoil saw to that.

Now more than ever though, as the UK works out how to forge its own future outside the EU, we need to ensure we can maintain and grow strong connectivity with global trading markets.  Of course airports are key to that, but airports are only as good as the airspace that supports them.  Our airspace structures – a key pillar of national transport infrastructure – were put in place more than half a century ago, designed for aircraft that you now see only in museums. We urgently need a stable airspace policy to support work to deliver more capacity.

The Government has been planning a consultation on airspace modernisation and noise, the results of which will be crucial to informing future airspace design.  This consultation has already been delayed twice since its original planned date of December 2015, and it is really important it doesn’t get delayed again by this latest announcement on the runway.  It’s now even more important that we can provide additional capacity in our airspace to support growth at our airports all over the UK. Without improvement, and based on the Government’s own forecasts, delays are likely to soar to 50 times what they are today and nearly a quarter of all flights will be delayed by more than 30 minutes. There would be a significant impact on the UK’s economy.

People are naturally concerned that airspace change will mean more aircraft flying overhead, more noise and pollution.  We are working hard to build an understanding that new technologies can help us grow airspace capacity and actually improve the experience of people on the ground.  New, more precise routes which could be alternated by rotation to provide respite…. Quicker climbs… less holding for arriving aircraft…. These kinds of things are all now possible and are in use across the globe today!

But airspace change doesn’t happen quickly. It takes years and we are already behind schedule.  Now it is more important than ever.

The UK is geographically very well placed, with only 11% of European airspace but 25% of its traffic, and with some 80% of transatlantic traffic using our airspace to access Europe.  We are Europe’s transatlantic gateway and we need to build on that to consolidate our position as one of the leading global economic hubs.

So our plea to the Government today is for no further delay on their consultation. The UK needs the strong economic benefits that the aviation industry can deliver for the UK.   Airspace – the invisible infrastructure – is too important to the UK’s future success for any further delay to the change it needs. 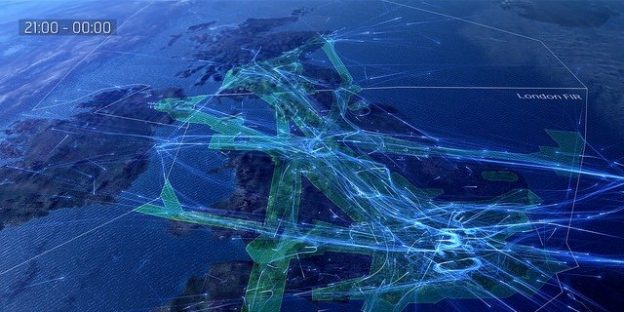 ” We are working hard to build an understanding that new technologies can help us grow airspace capacity and actually improve the experience of people on the ground.”

Unfortunately, lack of transparency and limited honesty in what is happening with new technologies goes against this.

I am disappointed that “commercial confidentiality” prevents the release of your report on what happened with the Heathrow trials.

I simply cannot understand why Manston airport cannot be reinstated.Why we need a vast housing estate on the site in a place where there is little water and no work confuses me.Thanet would benifit greatly from such airport investment which in my opinion needs government intervention now that the Uk needs to encourage more trade links worldwide having left the EU

Why on earth would Manston help? The only solution is another runway at Heathrow. A hub airport is a hub airport. Other airports, though large, are not hub airports. Heathrow is our hub airport and it has no capacity, thus needs another runway. People aren’t going to land at one airport and then accept getting on trains or buses to other airports as a workaround. They’ll just go and land in Amsterdam or Dubai or Frankfurt where they can just walk between gates, and London will lose out.

My family under now living under one of your new flight paths
And it’s bloody awful!

The last three days have been awful
We are not mice in your experiment!

Sorry – am I missing something? How is 80% of European transatlantic traffic using our 11% share of airspace a good thing? How is the endless procession of flights bound for the USA from Frankfurt, Milan, Rome, etc, etc benefiting the UK economy when they don’t even touchdown in the UK? Has it ever occurred to anyone that the lives and well-being of UK citizens have been blighted by this?

Dave is the Head of future ATM and Policy for NATS. In this role, Dave and his team are setting the Air Traffic Control (ATC) requirements for our next generation of Air Traffic Control systems and controller tools/techniques and leading our input to the SESAR programme.

In his previous role, as the Head of Safety at the London Air Traffic Control Centre, Dave was responsible for assuring the safety of air traffic in the London Airspace.

Dave has also worked on a number of big projects implementing major system and airspace changes including those introduced to manage the extra demands placed on the system by the 2012 Olympics.

Prior to his project and development work, Dave has significant Operational experience as an Operational Supervisor and Air Traffic Controller within the Terminal Control Operation.

Is this the end of stack holding?