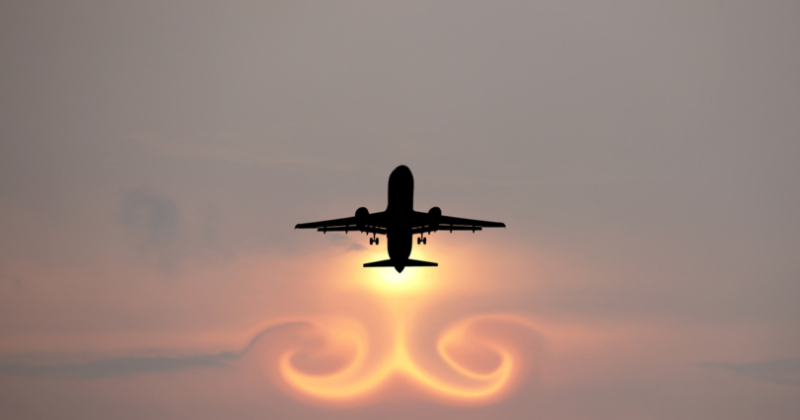 Dealing with bad weather is one of the most difficult things for air traffic controllers to manage. Its unpredictable nature means that it has an adverse effect on aircraft getting where they need to be via their usual flight patterns, adding huge complexity to the airspace and the workload for each controller.

Fortunately, with a temperate climate, much of our weather in the UK tends to be fairly benign (this week’s snow a possible exception!) but one of the most common and disruptive forms is strong winds.

Airport operators, air traffic control units and general aviation pilots, are all warned by the Met Office when there is forecasted Strong Wind (averaging gusts of 28kt) or Gales (averaging gusts of 43kt) as this can significantly impact on operations.

And it’s the wind speed both on the Earth’s surface and at 3,000ft that is of particular concern to NATS for three main reasons:

This can make a pilot’s job much more difficult, and on some occasions can lead to them abandoning the landing in favour of a go-around before trying again, in turn creating extra workload for the controllers as the landing sequence must be reorganised to fit them back in.

For busy airports, making best possible use of runway capacity is absolutely vital – but if headwinds are slowing the aircraft down, they take longer to land. This reduces runway throughput, increases airborne holding and has a knock-on effect on the airspace.

In order to lessen the effects of headwinds on final approach, NATS helped develop a concept called Time Based Separation. This system, introduced at Heathrow in 2015, uses real-time wind data to calculate the optimum safe time between arriving aircraft, allowing ATC to reduce the distance between them in order to maintain the landing rate. On average, we have seen gains of c. 1 movement per hour.

Strong upper winds mean certain aircraft moving in a certain direction have a strong tailwind, whilst others have a strong headwind. As a result, aircraft approaching an airport from different directions reach their instructed waypoints much faster or slower than others.

Under normal conditions at Heathrow, for example, air traffic control land around 42 aircraft per hour, but in a strong headwind this number tends to fall dramatically because aircraft fly more slowly over the ground.

And it’s not only what’s in the air that can be affected. If winds reach certain strengths, airport ground operations are also restricted as the use of some airfield equipment, such as jet bridges, can be stopped – affecting passenger flow and causing potential delays.

NATS controllers are trained to deal with bad weather and work closely with airlines and airport operators to safely handle as many flights as possible while minimising disruption. If passengers are concerned about the effect of adverse weather on their flights, we advise them to contact their airline for more information.

14 February 2014 remains one of the worst days of weather in the UK in recent years.
Take a look at how it affected the skies…

Foggy Spells: What it means for air traffic controllers

Great article. Having worked in wake vortex research at NASA Langley, I can say the winds have a direct correlation to the life time of the wake. If there is an angle to the winds, then it’s possible that it’s blowing the wake laterally off the center line of the runway. But if you’re running parallel runway operations (e.g. IAH, SFO, and some others) then you’re concerned about the wake being blown in the path of the other runway. NASA with the help of a great team of contractors (Volpe,Mitre, MIT/LL to name a few) developed WTMD, which takes into account the impact of the winds during landing and departure.

Very interesting article. If you could elaborate what “c.” stands for in the phrase “On average, we have seen gains of c. 1 movement per hour.” 🙂