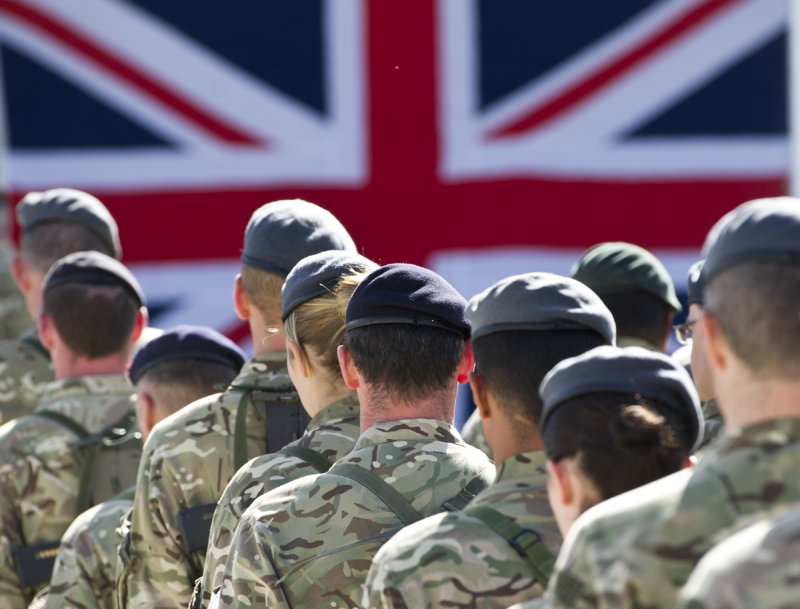 For Armed Forces Week 2021 we’re sharing stories from our own armed forces community made up of people who have served in any branch of the forces: individuals who benefit others by volunteering with their local cadet organisations, Reservists who have learned new skills and Veterans whose skills and experience now help enrich life at NATS…

Meet Emily Campbell, ATM Procedures Specialist, and Alex Fuller, Parliamentary Communications Manager. When they’re not busy doing their day jobs at NATS, they’re both part of the RAF Air Cadets, one of the UK’s uniformed youth organisations with over 40,000 members.

Both Emily and Alex were introduced to the Air Cadets at a young age and were inspired to join because of their interests in aviation and the armed forces.

Alex said: “I was always interested in the military so joined as a cadet when I was a teenager, and I’ve been there ever since!  My interest in aviation and the RAF is what led me to join, so I knew that the RAF Air Cadets was the direction I wanted to go down – it’s the best.”

Emily said: “I was dragged along while at school by a friend because I liked the Red Arrows! I attended the first parade night and was hooked. I joined at 13 and left at 18 to go to university.

She continued: “Five or so years later, as an adult, I found myself wanting to do more with my spare time, and what else than to give back to the organisation that I owed so much to? That was 13 years ago!”

For Emily, the RAF Air Cadets offered something a little extra: “I chose the RAF Air Cadets because of the aircraft elements. We do the shooting and fieldcraft like the Army cadets, we also sail and kayak like the Sea cadets, but we also fly and teach the principles of flight – it’s the best of all three worlds (in my opinion!)”

Now Alex is the Officer Commanding 309 Squadron in Sawbridgeworth, Herts, and runs a unit of around 50 people including cadets and staff. Emily holds the rank of Warrant Officer as a non-commissioned volunteer and is Deputy for the Wing Warrant Officer for Hampshire and Isle of Wight.

Thinking about highlights from their time in the Air Cadets, for Alex this was especially easy. He said: “Securing a full private display from the Red Arrows at the National Aerospace Camp was a pretty special moment, as was receiving a Team Commendation in the New Year’s Honours List from AOC 22 Group.”

For Emily, there is too many to choose from – but if she had to: “My solo in the Vigilant as a 16 year old cadet, passing my Drill Instructor Course in 2016 and helping prep and run a two week show at RIAT (Royal International Air Tattoo) was an absolutely awesome experience.”

Alex said: “Some of the best moments are the day-to-day ones, like helping cadets to achieve things and realise their potential – less glamorous, but incredibly rewarding.”

Earlier this year NATS increased the extra leave that Cadet Force Adult Volunteers can access from 6 days to 10. Both Emily and Alex have made the most of this allocated leave over the past few years, attending camps and courses. Emily said: “In 2019 I used a total of 3 weeks annual leave for cadet activities, in addition to the cadet forces days off!”

And would they recommend joining the RAF Air Cadets? Absolutely! Alex said: “It’s a brilliant organisation to be part of and gives you some amazing money-can’t-buy opportunities.  It’s not always easy, but it’s extremely rewarding and gives you a real sense of purpose.”

Emily credits the Air Cadets for readily developing many of the skills that she uses today. “I credit my confidence, presentation, self-awareness, coaching and my communication ability all to the RAF Air Cadets. Without being put in situations of responsibility at a younger age, I don’t think I would have readily developed those skills.

She continued: “I would always recommend the RAF Air Cadets to anyone with any spare time because there is so much to offer the cadets as well as the volunteers!”

Rob Pegg, 78 Sqn Swanwick Intelligent Customer, and Dave Tomlin, Programme Service Transition Manager, are part of a small group of people who work at NATS while also acting as reserves in the armed forces.

Reservists can be mobilised in times of need to join operations alongside regular armed forces personnel.

Rob worked in the RAF as a regular before leaving at the end of his commission in 2010 and joined NATS trainee air traffic control programme to train as a civil controller. He said: “That didn’t go quite to plan so after a year or so I started looking for alternative employment. One of my previous bosses heard of my availability and invited me to come back as a reservist. As I’d previously enjoyed my job at Swanwick I was happy to accept.”

Dave is a member of the Army Reserve and is currently posted to Headquarters Royal Armoured Corps (RAC) located in Bovington, Dorset. His interest in the army began when he was 18 years old – and now he’s celebrating his 30th year!

He said: “A troop of Fox armoured cars (basically 4 small tanks on wheels, not tracks) thundered past me as I walked through Epsom High Street. It was shortly afterwards that I joined the army reserves (Territorial Army as it was known then) and went through basic training.”

“Having been a Scout and then an Army Cadet in my early days I was always leaning towards the Army Reserve so I didn’t take much convincing.”

Rob is based at NATS’ control centre in Swanwick, Hampshire and is liaison between 78 Squadron (RAF Swanwick) and NATS on engineering matters. He said: “We (the military) use a wide spectrum of NATS owned and maintained equipment to perform our roles, all the way from remote radar/radio sites all the way through to controller workstations and BDN terminals. I ensure that this equipment operates satisfactorily from our perspective.”

He continued: “I am also the lead airspace change specialist on the Unit so will be the MoD lead for the majority of NATS led Airspace Change Proposals.”

Employment within the armed forces, in any capacity, can be invaluable on both a personal professional level – something that Rob definitely identifies within himself: “It’s taught me a huge amount about teamwork, management and leadership.

“And I’m sure, come the zombie apocalypse, my ability to dismantle a semi-automatic rifle and put it back together again in vaguely working order may come in handy…” he continued.

In agreement, Dave added: “The Reserves gives you a broad perspective in multiple ways that allows you to focus on what is really important and the training makes you resilient and determined to succeed at any task in a pressured environment. The lessons learnt in the military environment are therefore very applicable to working in NATS projects.”

As part of NATS’ goal to achieve Gold status with the Armed Forces Covenant, extra leave can now be claimed by any member of the Reserves to enable them to participate in military training and develop their personal skills in areas such as leadership and management.

Dave said: “As an employer NATS has always been very supportive of my reserve service which makes a big difference to the family, work and army balance that most reservists experience.

“I have used reserve service days leave to attend annual training activities and have also been mobilised for operational service (Op Telic) in 2004 and spent about 9 months away from NATS.”

On reflection of his years in the armed forces, Rob said: “From being hunched under a table waiting for rockets to arrive in Kandahar – albeit as a regular at that time – to taking charge of much of the airspace above the UK to facilitate an intercept of an airliner, through to challenging yourself physically in sporting competition with other members of the Squadron – there has always been something exciting to experience and there have always been great people around to share that experience with – and provide support when needed.”