The journey to Free Route Airspace

The first flight through the new Direct Route Airspace was United Airlines UAL989 at 03:51 this morning on its way to Frankfurt. You can listen to the RT between the controller – Victoria Lever – and the pilot below.

This is a real landmark which will lay our foundations for the eventual adoption of Free Route Airspace across the whole of Northern Europe, which we’re aiming to achieve by 2020 in collaboration with our partners in the Borealis Alliance.

We spoke to Branka Subotic, who recently took over as Executive Director of the Borealis Alliance, and Prestwick Centre’s ATC Lead, Ian Gott to get an insight into the Free Route Airspace programme.

Why don’t we have Free Route Airspace in the first place?

Ian: The routes traditionally used around the world were decided many decades ago, when navigational techniques and telecoms technology were very different. At the time it made sense to think of routes much like fixed motorways in the sky. As a result, to get from A to B you’d travel along one corridor until you got to a junction that let you change direction towards your destination, which is clearly not the most direct route.

Allowing that sort of flexibility seemed impossible in the past due to safety issues, but as technology has moved on, and cross-border collaboration has improved this is no longer an issue.

Will Free Route Airspace get introduced immediately at Prestwick Centre?

To put DRA into context, this introductory programme alone is expected to deliver over 300 direct routes, with annual savings of 3,000 tonnes of fuel, worth more than £1m a year to our customer airlines.

What is the Borealis Alliance?

Branka: In the summer of 2012, the ANSPs of Denmark, Estonia, Finland, Iceland, Ireland, Latvia, Norway, Sweden and the UK formed an alliance aimed at improving efficiency, reducing costs and delivering environmental improvements through business collaboration.

The Borealis Alliance aims to drive joint initiatives and build on the success of existing collaboration between the partners through their Functional Airspace Blocks (FABs), but with a focus on business-driven cooperation as opposed to the political cooperation which is required through FABs.

What will the Borealis Free Route Airspace programme deliver?

Branka: It will provide a specified airspace within which users may freely plan a route between a defined entry point and a defined exit point, with the possibility to route via intermediate (published or unpublished) way points, without reference to the route network, subject to airspace availability.

In essence, this means airspace users can plan and fly the most cost effective, fuel efficient and timely routes across the entire airspace managed by Borealis Alliance members rather than following pre-defined routes within each member country’s airspace, saving time, money and fuel. This will all be possible within the Borealis Alliance airspace.

Through this programme, Free Route Airspace already exists in Iceland, Ireland, Denmark and Sweden, and will be extended to Estonia, Finland, Latvia and Norway in 2015 and to the UK in stages from 2017. When fully realised, we will have created Free Route Airspace across northern Europe from the eastern boundary of the North Atlantic to the western boundary of Russian airspace.

How is NATS involved in the Borealis Alliance Free Route Airspace programme?

Branka: As one of nine partners, NATS is an integral part of the Free Route Airspace programme and, given the amount of flights that fly through UK airspace, they are integral to maximising the benefits of the Free Route Airspace programme to airspace users. NATS’ commitment to the Alliance and its activities is reflected by the fact that our CEO Richard Deakin is the newly appointed Chair of the Borealis Alliance Board, while I have been seconded to act as its Executive Director.

Visit the Borealis Alliance site for more information on the alliance and Free Route Airspace. 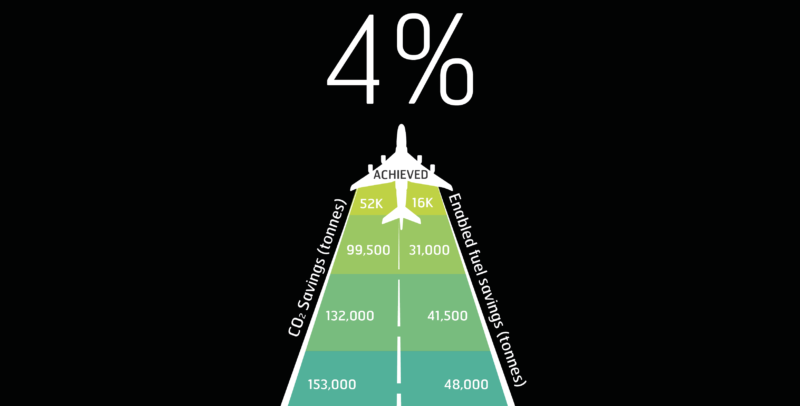 Six steps to one million tonnes of CO2 savings

Do they still fly over the North Pole … Polar 1 I believe it was called because I know the number of flights crews could make over it were restricted a few years ago now due to high radiation levels?

So, what you are saying is that people who don’t live under flight paths in the UK suddenly will have planes thundering overhead? No regard or consultation with communities?

Is that how you perceive and treat people?

I look forward to you answer.

There is an obvious question that wasn’t mentioned in your article:

‘How many homes and communities will be under new flight paths once this comes into effect?’

Couldn’t agree more James, where was the consultation with the ‘people’ of the UK who bought their homes ‘safe’ in the knowledge that we wouldn’t have new orchestrated flight paths over our homes? This agreement has been massively exploited to provide informal unagreed flight paths, Heathrow being the main culprit. Essentially you have taken an original 1960s agreement, when there were very few planes, then exploited it for ungoverned large scale commercial travel with no agreement from people suffering underneath it. We value our peace and the last reminients of democracy.

Hi Jeremy and James. Thanks for taking the time to comment. I appreciate that noise is a big concern for many people, so the point to emphasise about Direct Route and Free Route Airspace is that these are changes to the use of upper airspace. That’s generally above 30,000 feet where people on the ground are very unlikely to be able to hear noise from planes, and as such it should have no impact on those living below. I hope this is reassuring. Paul

Hi Paul
You state in response to concerns that “….That’s generally above 30,000 feet where people on the ground are very unlikely to be able to hear noise from planes”. The word generally is a bit vague, can you guarantee they will not be below 30,000ft? Or will this be yet another change to flight paths by stealth rather than consultation?