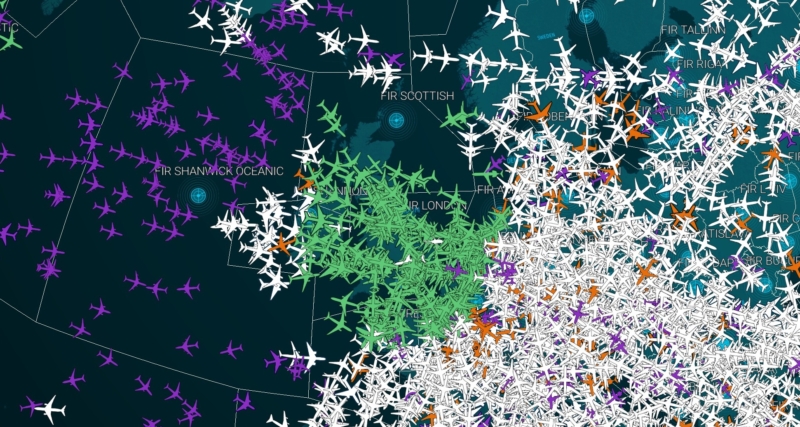 It’s been four months since we launched Airspace Explorer, our flight tracking and airspace education app that’s available for free on iPad.

We’ve loved watching our small (40,000 downloads and counting) but growing community of users getting to grips with Airspace Explorer’s unique features and they’ve provided us with some incredibly valuable feedback and ideas for things we can improve.

So we’ve spent the last few months doing exactly that and I’m excited to share with you details of the update that just went live in the iPad app store.

But first, let’s address the giant robot in the room – Android. We’ve been delighted and amazed at the response we’ve had to the app, and we’ve also heard the passionate pleas for a version to be developed for Android.

As we’ve mentioned previously, Airspace Explorer is a lite version of a more comprehensive app we use internally to support situation awareness. We decided to build our internal facing app on one platform – and chose iOS. Standardising on one platform makes it easier, cheaper and quicker to deploy, support and evolve.

That makes sense for our business and our users, but externally we appreciate it misses a trick. Android dominates the market, and had we started this project with external users being the priority it’s highly likely we would have shifted our focus.

Over the last few months we’ve had to take a serious look at where we want to go next with Airspace Explorer, taking into account the costs and demands of providing the ongoing support we want to offer and that people deserve.

We’re not an app company and as such we’re simply not set up to support multiple platforms, especially given the huge range of devices Android operates on. So while I will never say never, I’m afraid we have no plans to bring Airspace Explorer to Android.

I’m sorry if that’s disappointing news, but I hope you can understand the reasons.

New imagery from AirTeamImages has massively increased the number of photos, especially for GA aircraft

We also received a lot of requests for an iPhone version to make it easier for spotters to use Airspace Explorer out on the move, so some good news: we are actively developing an iPhone version that we hope to release later in the year. More news on that in a few months.

But let’s get back to the updates and improvements that are available to download right now.

Aside from a host of performance improvements and bug fixes, we’ve made a lot of infrastructure enhancements that will provide a better, more complete and more accurate experience.

A lot of this is background stuff, but I think it adds up to a major overall difference to the quality of the experience and accuracy of what you’re seeing. So please download the update and let us know what you think.

Equally we’re already thinking about what additions or improvements we’d like to make next (Augmented Reality?), so keep those suggestions coming too.

Before I sign off, I just wanted to say a big thank you to everybody that has taken time to download the app, play with it and send us feedback be that in the form of a review, on social media or directly to us via our feedback form. In particular, a huge ‘thank you’ to Jonathan Ansell, Philip Hart, David Andrew, Chris Murray, Jamie Bloomfield and Richard Ware, whose ongoing interest and enthusiasm has been phenomenal.

And a special mention to Derek Pedley at AirTeamImages and Andrew Whewell for their support and advice.

I look forward to hearing your views on Beta V2. 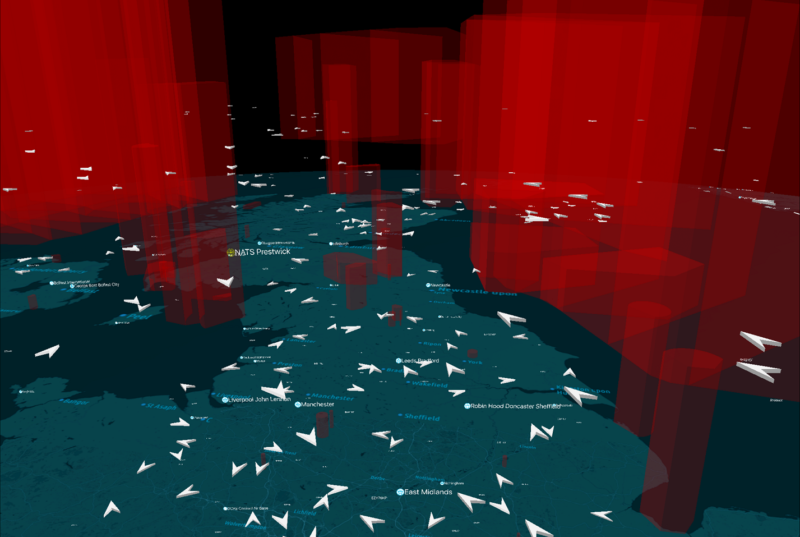 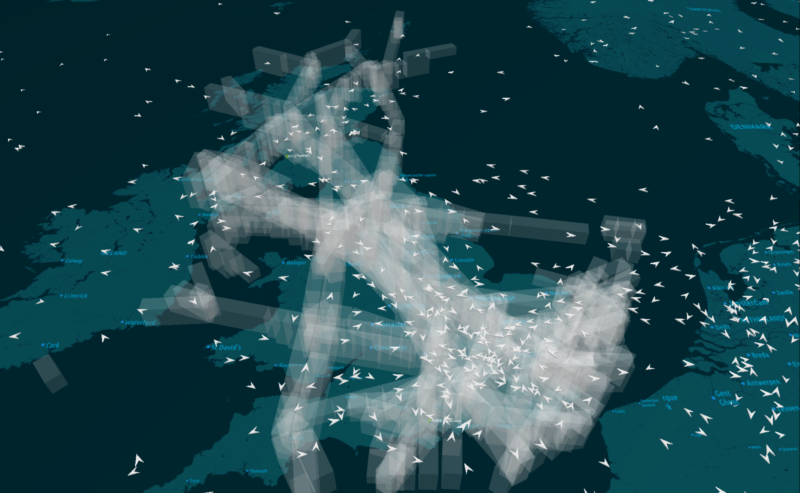 Any chance to get the App outside the UK Apple Store?
Pascal

We are using the NATS app on an ipad in the tower at Seething Airfield EGSJ. It is providing a useful back up along with our ground to air radio service.
We can track our mode s aircraft in the circuit from take off to landing.
Brilliant app.

Keep up the good work and I’ll keep the feedback coming.

Looking forward to an Android version.

Shame about no Android, but I understand it’s expensive – I’d definitely pay for the app though so please don’t forget it! What about an in-browser app then so you can access it via PC instead? Just like FlightRadar or something.

Could we have a special version just for GA Airfields, showing ATZs, range rings and runway extended centerlines. Is primary and Mode AC data available for GA airfields who have good radar coverage from nearby radar stations? This would help reduce airspace infringements from aircraft flying from or around small airfields near controlled airspace, where all local aircraft could be monitored from the tower using this system

We can not believe how addicted we have become trying to work out which flights are going overhead. Ta muchly for all your hard work

I have great reservations about the IOS only issue, The idea that NATS in this case claims it is not an app company but the IOS item is an app. so NATS is an app provider whatever they say.. If others can offer the same app on different platforms I would find it difficult to trust software from an organisation said it was not able to port their apps from one platform to another

Its a good app for iPad users but most microlight pilots I know are android users. iPhones are too small to obtain coverage it would have been a better option to bring on board android for a much more wider audience. That is my personal opinion.

great work. hopefully there will be chance to to get the app in the German apple store?

look forward to have access to on French app store.

Can never please everybody ! Some even making uncalled for accusations! I mean really ? This is a brilliant app and I have no doubt you android users will get your turn but for now give credit where it’s due eh.

A 1st class product,thank you NATS.

Please can you make this app have the feature to view the route an aircraft is taking? Airways etc?

Very disappointing news regarding Android. I have used your app regularly on an iPad 4th generation and been delighted with it . Since Apple have chosen not to support my version and I feel aggrieved with their attitude towards customers I have replaced it with a Samsung galaxy tab s2. Incidentally I find this tablet vastly superior in every way to the iPad. I tried to copy the app across from the iPad without success . Please therefore make your app available for Android sooner rather than later . It feels like losing a dear friend .
Thank you Keith

Would love to have this app available for Android, tablet or ‘phone, preferably tablet. Any chance ?