Pandemic traffic patterns give way to the summer

The UK’s airspace network has developed and evolved over decades rather than being designed to meet today’s needs. Our controllers focus on making this network operate as efficiently as possible while prioritising safety, but keeping flights safely separated can sometimes result in them flying a less than optimal route. Usually this results in aircraft flying more track miles, burning more fuel, and often flying lower than we would all like, creating more noise.

The Covid pandemic had a huge impact on aviation. Almost overnight the volume of traffic in the UK dropped hugely, by up to 90%. But this also provided an unexpected opportunity to see how we could use the UK’s airspace more efficiently.  For the few aircraft that were still flying, we were able to provide more direct routings, reducing fuel burn and emissions. We could also keep them higher, reducing noise.  Controllers make best use of the controlled airspace that is available to them and use a range of tactical options to maximise efficiency on the day.

However, for local communities this change was double-edged. Many of those areas that normally experience regular overflights now had empty skies and an unexpected respite from aircraft noise. Other areas that aren’t normally overflown were suddenly seeing aircraft and quite a few people contacted us to ask why this was happening and whether these were permanent changes, the answer to which was no, and these traffic patterns are now starting to revert.

While there was a significant drop in flights, airlines also retired their older, less efficient aircraft and, as traffic starts to rebuild, aircraft such as the B747-400 are being replaced by the newer and more fuel efficient modern twin engine aircraft, such as the Boeing 787 and Airbus A350.

We expect traffic levels to build steadily to a peak towards the end of May, which is normally when we see the busiest day for air traffic, and it then continues at that level for several months. We’ve spent the last few months preparing our operational teams for a return to more normal levels of traffic, reminding them of the tools and techniques available to help them manage increased levels of traffic, preparing them for a return to normal operations. In other words, it’s a gradual return to how things were pre-pandemic.

That also means a return to previous routeings and traffic patterns to deal with the increasing traffic, and back to using the underlying route structure. This means those communities that were previously overflown will start to experience the impacts of aviation again. However, when conditions allow, we will still be applying what we’ve learned during the pandemic, providing short cuts for as many aircraft as possible within controlled airspace, enabling continuous climbs on departures, keeping aircraft higher for longer on arrivals and absorbing as much delay as possible in the cruise phase of flights rather than in stacking.

Change is coming though, to the way we manage airspace, with a huge programme of airspace modernisation being rolled out over the next few years. This will provide a greater opportunity to deliver more of the benefits that we glimpsed during the pandemic. The UK’s airspace structure will offer much greater efficiencies in flight management and associated benefits for local communities, the flying public and our aviation stakeholders. 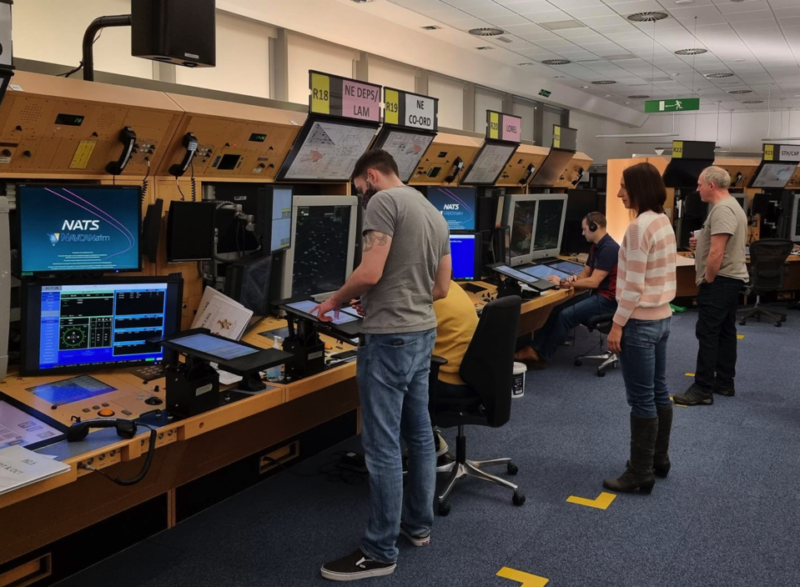 Training for change – a human algorithm 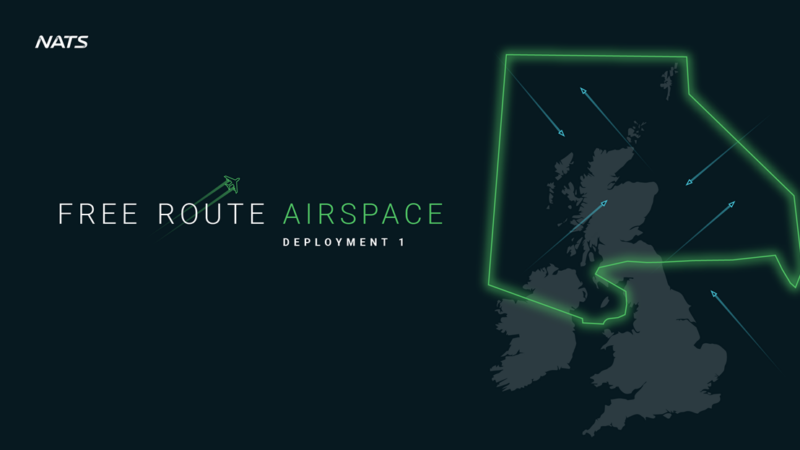 Gary joined NATS in 2003 and worked as an Air Traffic Controller at Heathrow Airport before moving into a number of operational management roles across NATS. Now the General Manager of Operations at Swanwick Centre, he’s responsible for the services provided to aircraft operating in the southern part of the United Kingdom and the approaches into the London Airports.

As a pilot flying in to LCY on a daily basis we never really noticed a difference. Occasional the RT sounds distance and tinny but that’s all. We are lucky to have such a great team of ATCOs looking after …

By J on ‘Adapting to the Digital Tower’

Manchester is probably at ATCEU again, part of the same simulation at as "Manchester 1965"

1965 believed to be at the ATCEU, a simulation of Preston ATCC sectors 1, 2 and 3 and Hack Green. Feed sectors include Manchester Zone, Manchester Approach and Liverpool Approach and Antrobus.